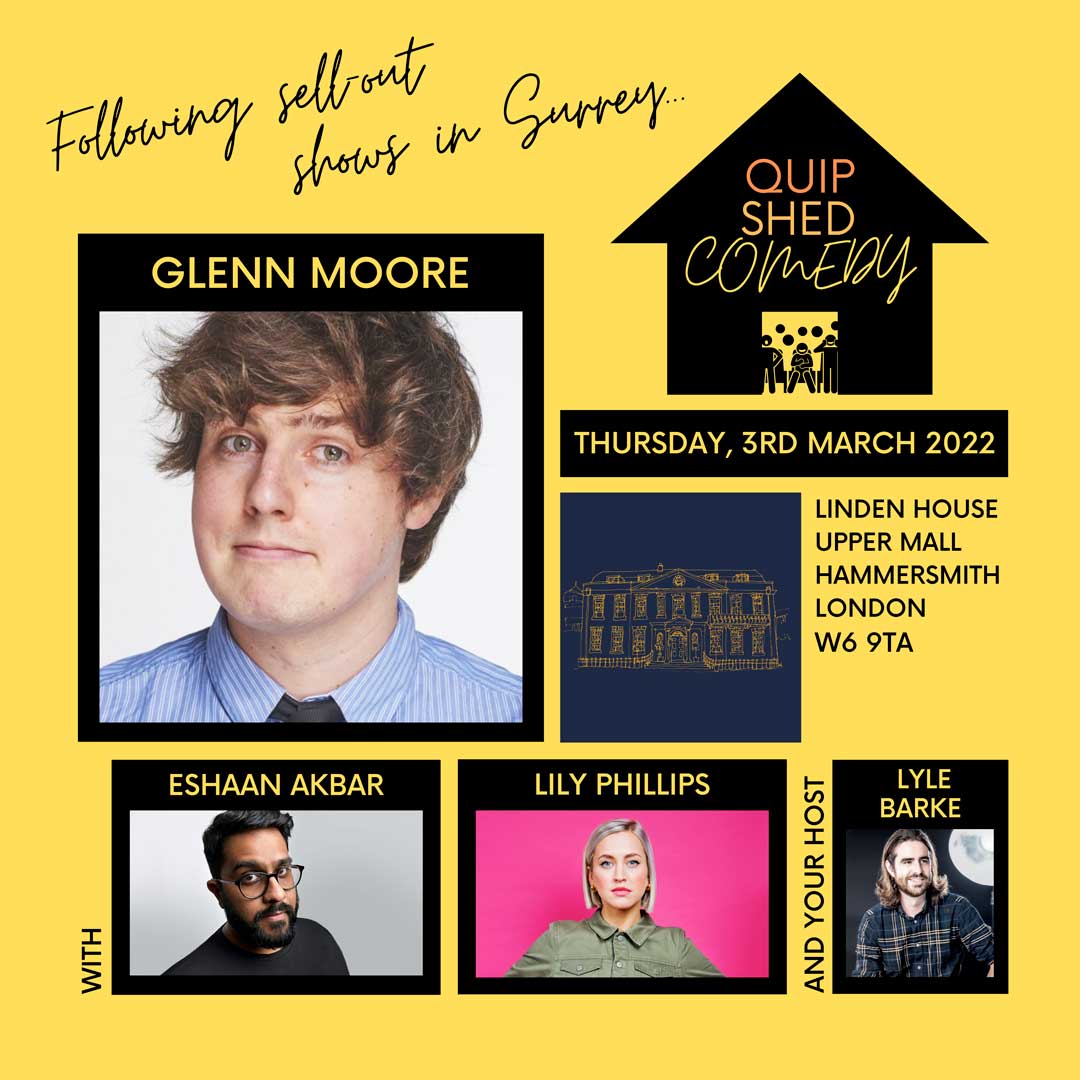 Following sell-out shows in Surrey, @quipshedcomedy begins its monthly residency @lindenhouseriverside in Hammersmith on Thursday 3rd March, and then every first Thursday of the month thereafter!

Our inaugural show features an incredible line-up, including:

And our amazing headliner @glennrogermoore !

@glennrogermoore is an Edinburgh Comedy Award nominee, actor, and one of the best and most prolific joke writers in the country. Glenn is a regular face on TV, having appeared on Mock The Week, Rob Delaney’s Stand Up Central & The Stand Up Sketch Show, to name but a few.

It’s not often you get to be in such an intimate setting with some of the best comedians of the moment! So book your tickets to this one-of-a-kind gig before it’s sold out! Ticket link in @quipshedcomedy bio!

Get your tickets here:
https://quipshedcomedy.com/shows/

Please note that the line-up is subject to change and this event is for people over the age of 18.
Linden House members are eligible for discounted tickets; ask the Club for the promo code.