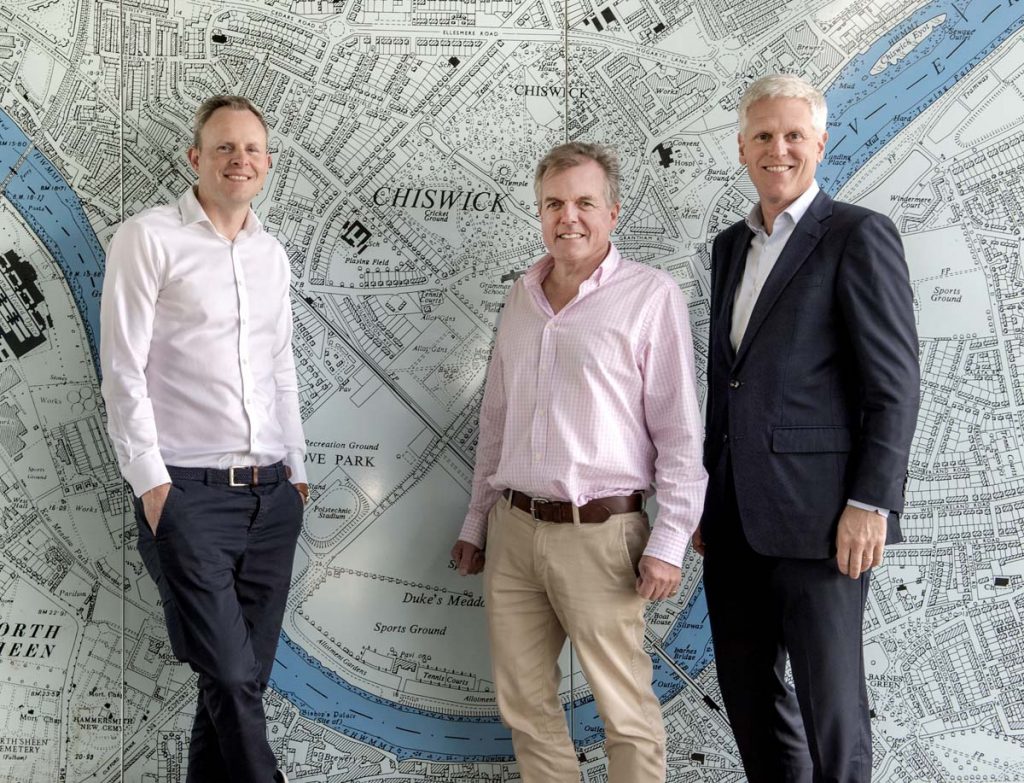 Combining local expertise with a personal touch, Whitman & Co is rated Chiswick’s Number One estate agent in both sales and lettings

‘Our approach has always been to focus on building long-term relationships with our clients, working with them at different stages in their property-buying and selling lives,’ explains Chris Chalmers, Sales Director at Whitman & Co.

Post-lockdown, that business philosophy has paid dividends. ‘As soon as we re-opened in mid-May, I started getting texts and emails from people I’ve been in touch with for years,’ adds Chris. ‘They were telling me that they’d made a decision, whether that was to invest in a larger home or move out of London. Clearly, this year’s events have been a trigger for change and, as a result, we’ve had a record three months from June to August.’

According to the latest Rightmove figures, Whitman & Co has handled 24% of properties sold in Chiswick since lockdown ended, with around 80% of those being houses. ‘In particular, we’ve seen a resurgence in interest in family homes over £2 million; in 20 years, I’ve never seen such a strong pool of interested buyers in that sector,’ says Chris.

‘Added to that, many clients who have been toying with the idea of leaving Chiswick, sometimes for 10 years or so, have decided to do so. Often, it’s a lifestyle choice; they don’t see themselves working full-time in London, perhaps just two or three days a week, and so they have more flexibility. We’ve been able to put together successful chains up and down the ladder for these properties, with 50% of houses being subject to multiple bids and going to best offers.’

NHS charities will be benefitting from this remarkable market activity. As well as offering 50% off fees for NHS workers, the Whitman’s team has committed to giving 2% of sales commissions to those charities for the first six months after lockdown; Chris estimates that they will be writing a cheque for a figure well in excess of £15,000.

Throughout the year, Whitman & Co has maintained its leading position in Chiswick’s rental market, albeit prices for family homes have eased with less relocation clients due to quarantine restrictions. And while the Commercial Property sector has been affected by Covid-19, according to Director Jeremy Day, there are solid grounds for positivity.

‘Since lockdown ended, we have let three shops on the High Road, with several more under offer, and taken on exciting new instructions such as the former Byron restaurant, which is already attracting interest,’ he says.

‘A very pleasing factor is the return of enquiries from traditional retailers. Also, we don’t think home-working has killed the office just yet; on the contrary, Chiswick may ultimately benefit at the expense of central London as businesses reduce their office footprint and cut time-consuming, expensive commutes.’

As a successful local business, Whitman & Co has always invested in the community and that has continued with its sponsorship of the new Chiswick Flower Market. ‘It’s an exciting initiative which we hope will help local retailers,’ says Chris. ‘Look out for the Whitman’s plant crèche and Jeremy and I will even be out doing deliveries – we’ve passed our Cargo Bike Cycling Proficiency Level 3. So, if you want to see your local estate agents doing some physical work . . .’