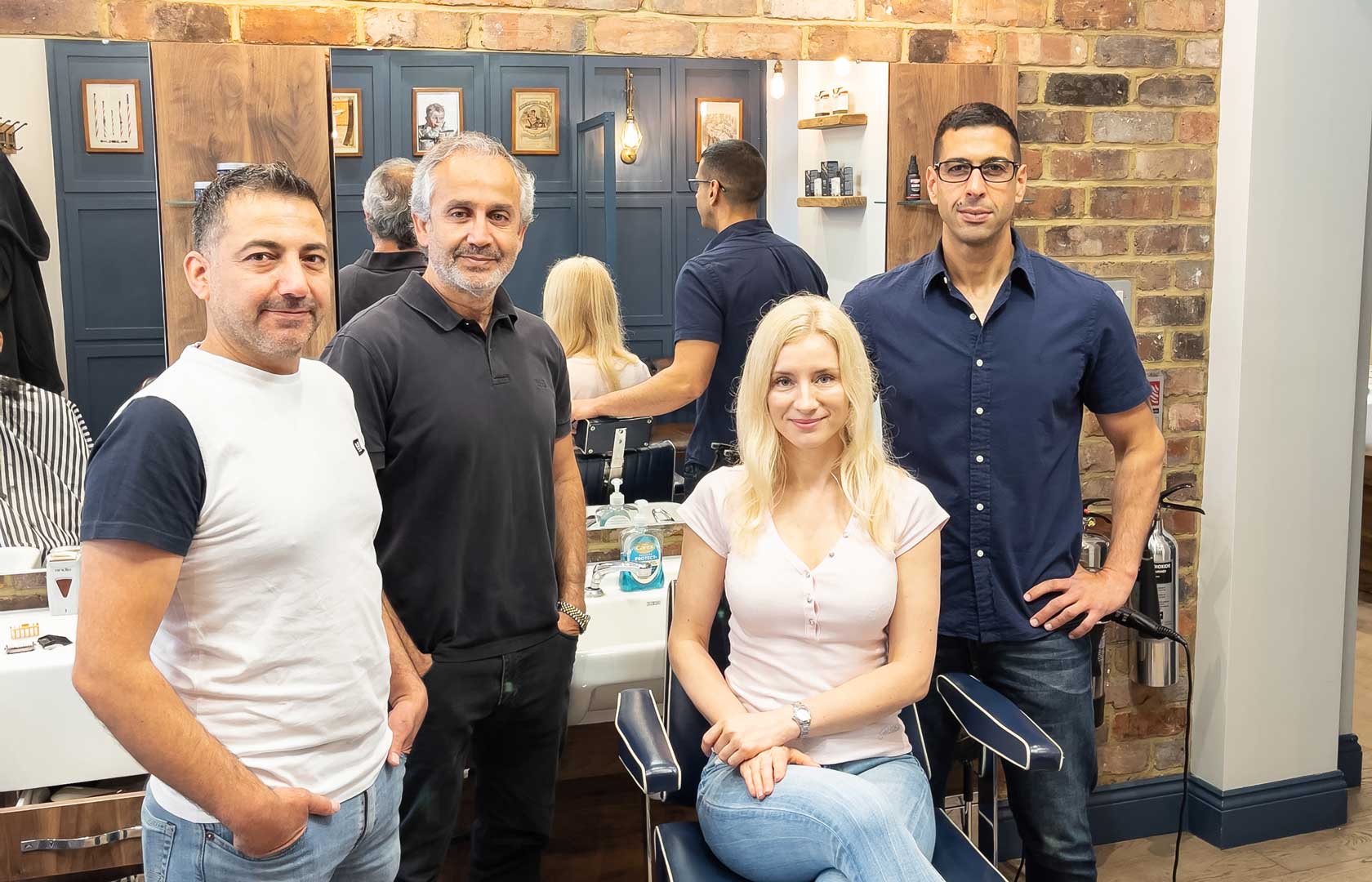 Since opening in 1911, Alexander Barbers has been a welcome constant in W6 life. It served the local community and many commuters from the same premises until 2013 and, after a brief period based on Shepherd’s Bush Road, the popular barbershop has been back in business on The Broadway since 2015.

Since the mid-1960s, Alexander’s has been owned by the Pavlou family. ‘That was when my uncle took over,’ recalls Nicos Pavlou. ‘My father joined him in 1975 and I followed in 1995. In 2013 we were obliged to close because TFL needed our space to build a new Metropolitan Line entrance. We were so upset, as were our regulars, many of whom had been coming to us since they were kids – the support was very touching.’

Undaunted, Nicos switched to Shepherd’s Bush Road where, with great misfortune, history repeated itself. The landlord sold up to a developer, prompting the Alexander team to move back to The Broadway, by chance taking over a shop a few doors from their original home. While Nicos is still involved behind the scenes, the operation is now managed by Stavros (Stav) Christoudolakis.

‘We’re proud to provide high quality barbering – every style of cut from classic to contemporary, wet shaves and beard trims – and at excellent value for money,’ says Stav. ‘One of the tricks of our trade is making sure that we’re on the same wavelength as the customer. For example, often people ask for a Number Cut without knowing how cropped it will be. As experienced barbers, we have to judge how and when to make suggestions so that everyone leaves us completely satisfied.’

Open seven days a week and with late-night opening on Mondays and Thursdays, Stav and his friendly, professional colleagues deliver first-class barbering with a personal touch. As he promises: ‘We will make you look good and feel happy!’