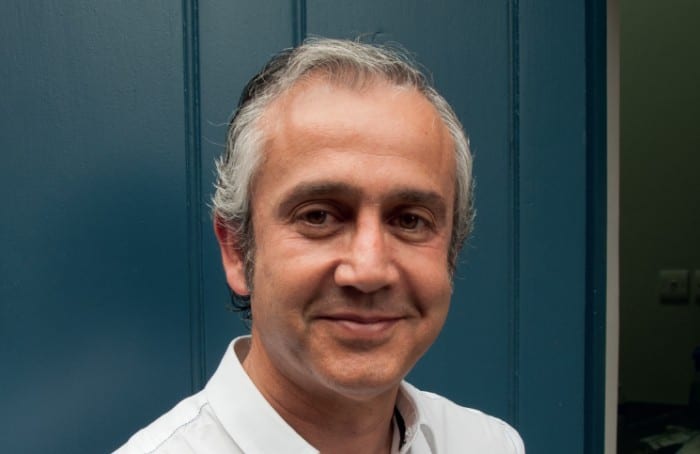 What brought you to London?

My mum and dad, myself and my brother, we were kicked out of our home during the invasion of Cyprus in 1974.  We drove away one night and we’ve never been back.  My parents lost everything.  We lived in the Famagusta (east) part of the island in a small village right on the tip of the peninsula.  A few days after the invasion, my dad decided, either we stay here and be taken prisoners, or we run for our lives. We drove through the night without any lights for thirty or forty miles.  We could have been caught at any moment, but we managed to get through to the English base and we stayed for two weeks under the trees, but luckily it was summer.  It was an adventure, but all the time you could hear the planes.  I will never forget the planes when they were bombarding the cities.  It was so scary, the noise they made.

How long have you been a barber?

About 30 years now.  My father owned Alexander’s, the barbershop by Hammerstation station.  When I was 13, I used to come at weekends and help out my dad, sweep the floor et cetera, et cetera.
Were you expected to follow your father into the family business?
Even though us Greeks tend to follow in our father’s business – barbering, hairdressing, fish and chips, whatever – my father was quite relaxed with my choice.  He left it completely to me.

Why hairdressing?  Are Greek men vain?

They are actually.  Very.

Who taught you how to cut?

Even though I went on a three-months’ course in the West End – just to brush up my skills and get some confidence – the most important learning is in the shop, the trial and error.  My dad taught me most of what I know about barbering.

Was he a good barber?

He was very skilful but he was very set in his ways.  Like many old-school barbers, the customer comes in and says, I want this, this and this, and they just do what they want anyway.  He used to cut my hair the way he wanted.  He never listened.  I wanted my hair a little bit longer and he was giving me an army cut every time.  He believed that children should be neat and tidy.  He used to quite upset me because he never gave me a haircut the way I wanted it.  Now, I take extra care to listen to the customer.

Was he a disciplinarian?

He was a very strict father, very strict with the staff in the shop.  He was extra hard on me because I was his son.  He was quite tough.  I’ve learnt a few things from that because he worked very hard but he expected everybody else to work just as hard as him.  If he saw me sit down in the shop… I felt nervous sitting down.  If it wasn’t busy I had to clean the windows or clean the sinks or something like that, but he was like that as well, to be fair.  With me I try to be balanced because you have to respect your workers; it is they who make your business successful.

Who cuts your hair now?

I’m quite easy with my hair.  I’m not a very fussy person when it comes to my haircut.  So, the guys from the shop, whoever is free, I say, just take a bit off the length, and that’s it.

Why did you close the old shop by the station?

Unfortunately, that was not through choice. We closed the old shop because Transport For London, the landlords, required the premises to make a new entrance at the station.  So, even though my lease was protected and very old, there was a clause that said that if the landlord needed the site for its own use, all they had to do was give me six months’ notice.

How long had Alexander’s been there?

My father had the shop from 1977 and my uncle before then, so around 40 years.  I cannot describe how upset I was.  From the day I found out to the day I left (in July 2013), every day I was very, very upset.  Devastated.

We’re opening a new shop in September just round the corner on Hammersmith Broadway, directly opposite the old fire station (Wagamama’s).  My manager Stav (Christodoulakis) is the driving force behind it.  He has lots of exciting ideas.  We’ve actually taken over Dimitri’s unisex shop.  Dimitri (Nicholas) has been in Hammersmith fifty years.  He’s been there since 1964.  It’s nice because he’s also a Greek-Cypriot.

What are you going to call the new shop?

Alexander Barbers.  The first people who had the shop at the station called it Alexander.  I think they were a Jewish family.  When my uncle went there, because of the connection to Alexander The Great, he liked it and he kept it.  And I like it.

You’re a sports’ fan.  Will you have a TV in the new shop?

I’ve always been a very sporty type.  I played football when I was young, but I also love golf.  We’ll have a television because most of our customers, they like sport.  There’s always a bit of banter going on.  I have a season ticket at Arsenal and I go and watch them whenever I can.  We get a lot of stick, especially in the last 8 or 9 years because Arsenal had a bad run and hardly won anything.  A lot of our customers are from West London.  They support QPR, Fulham and Chelsea – very successful – we get a lot of stick from them.  And I give some as well.

Doesn’t a TV stop the chat?

To be honest, sometimes I put the volume down and just leave the picture on because I believe the interaction with customers is the most important thing, just as important as the haircut.  Definitely.  If you lose that, then I believe that’s it, the relationship has gone.

Do you commiserate with your customers who are going bald?

Ohh…  (Deep sigh)  That’s a tough one.  But a lot of the customers are quite frank about it.  There are some who try and cover it.  I remember when I first came to the shop, we used to get so many Bobby Charlton haircuts.  It was unbelievable.  Sometimes it’s hard to say anything because you can see what’s going on.  Now, they’re all shaving it all off and, actually, it looks better.

Has that affected your business?

No.  There are some guys who use their own clippers, but no, because the shorter the haircut, one, the more often it has to be cut, and secondly, it has to be done properly because any mistake can be seen easily.

How many haircuts have you done in your life?

What’s the strangest request you’ve ever had?

We used to get a lot of women asking, where is Secrets?  They were coming for an audition.  I remember one girl, very young, 17 or 18-years-old, beautiful long hair.  She came to the shop and I was standing at the door and she said, I would like you to give me a (number) two (buzz cut) all over.  I said, it’s not April Fools’ Day is it?  Serious, she said.  There was a singer (Sinead O’Connor) – she wanted to look like that.  I refused to do it.  She went somewhere else and then she came back to show me.  She looked okay, but shocking.  I just wouldn’t feel right doing it.  Can you imagine if I’d started doing it and she changed her mind?

Have you ever cut a celebrity’s hair?

A celebrity that comes straight to my mind is Kevin Keegan, ex Liverpool and England forward.  Him and Ray Stubbs, a presenter of ESPN footballer programmes, they spent a whole day in our shop to do an advert for ESPN.  Keegan pretended to be a barber and Ray Stubbs was a customer and he had the old Keegan wig on and we had to show Keegan how to cut hair.  He was funny.  It was a great day.  He was a very down to earth guy.  And Andy Nyman – he’s always been very friendly with my dad – every time he walked past he’d pop in with a trick or make a joke.  He’s a very clever guy actually.  When he was getting married, he came in on a Sunday and we gave him a shave and a haircut, groomed him for his wedding.

Does your wife trust you to cut her hair?

No.  (Laughs.)  She goes to her hairdressers.

You have four daughters.  Who will you pass the business to?

Usually this kind of thing is man to man, but my daughters haven’t really shown any interest in the business, although I used to bring them down when they were younger.  Two are nineteen and going to university, one to UCL to read history and one to King’s to read politics.  They worked very hard.  I’ve encouraged them.  I went to Sussex University and studied a degree in economics.  My dad was so proud.  I said to them (my daughters), the only hope for the future is education.  Whatever you decide to do with your life, education stays with you forever.  The learning and the knowledge, no one can take it away from you.  I taught Stav how to cut hair from scratch.  I’ve been grooming him to take over.  He has a lot of energy.  Thanks to Stav, the future is looking good.

Thank you, Nicos.  It’s been a real pleasure meeting you.