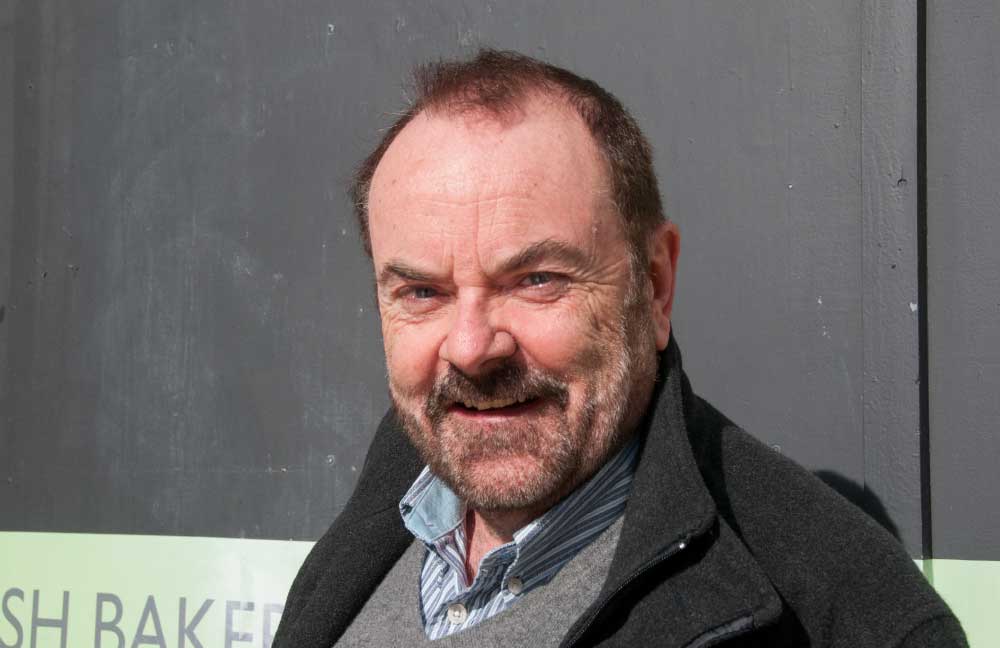 Special mention: Stuart Blake sadly passed away on 7th of April 2016. During this interview Stuart said: ‘Younger people need to be encouraged to take part in community life here. After all, they probably chose to move here because existing residents have helped shape the area for the better. So we need them to do the same for future generations.’
Find out how you can help BRA via the website:
www.brackenburyresidents.co.uk

For the last five years, Stuart Blake, chairman of the Brackenbury Residents Association, has been standing up for the folk of Brackenbury Village.

Stuart and BRA committee members have been tackling key issues like over-development, anti-social behaviour and parking.

Having lived in Hammersmith for more than 25 year he knows better than most how the housing boom and the ambitions of developers are transforming the community.

As he prepares to step down as association chairman he explains how residents must fight to preserve the area’s unique character.

The association was launched in 1999 to oppose plans to open the Secrets lap dancing club on Glenthorne Road. Although the group has the acronym BRA, it lost that battle.

Today, it has more than 400 members and consults with the council on issues affecting residents.

In calling for a new chairman,  Stuart warns that they will have many exciting new challenges.

‘We are virtually living in a building site!’ he says from his home on Overstone Road overlooking nearby developments.’

Stuart thinks little of claims that developers carefully considered locals when drawing up their plans.

‘I think some of these new developments will end up ghettoes in 20 or 30 years time, despite one bedroom flats costing as much as £600,000.

‘The problem is that the architects working on these kinds of job are under the control of the developer. As a result they produce bland, unexciting, easy to sell pieces of architecture.’

But, what about the planning issues for those living in terraced homes?

‘Basement excavations are the current big thing. It seems nearly every street in Brackenbury has one. Because all of Brackenbury is a conservation area they are proving less controversial than roof extensions because they are hidden from view.

‘Then, Air B&B is becoming a problem because people who visit are probably told to put their rubbish out when they leave, which means you’ve got rubbish on the street at all times of the week.

‘The demographic in the area has shifted. There are a lot more young people moving here, as well as an increase in rental properties meaning more of a transient population.’

Stuart also bemoans the changes he has seen on King Street, where some shops have remained boarded up for long periods or let out to charity shops to cut business rates.

‘They see a residents’ association as a bit fuddy-duddy and full of retired people.

‘Younger people need to be encouraged to take part in community life here. After all, they probably chose to move here because existing residents have helped shape the area for the better. So we need them to do the same for future generations.’

The association counts lawyers, journalists, politicians, businessmen, bankers and writers among its members.

‘It’s quite a broad church for the area. We are large which is good because it gives us an influence and a bigger voice when dealing with the council. However, the future of BRA is dependant upon members willing to join the committee. We are due to lose three people at the next Annual General Meeting, and they need to be replaced in order that the Brackenbury Residents Association can continue to serve the community.’

Find out how you can help by contacting BRA via the website:
www.brackenburyresidents.co.uk