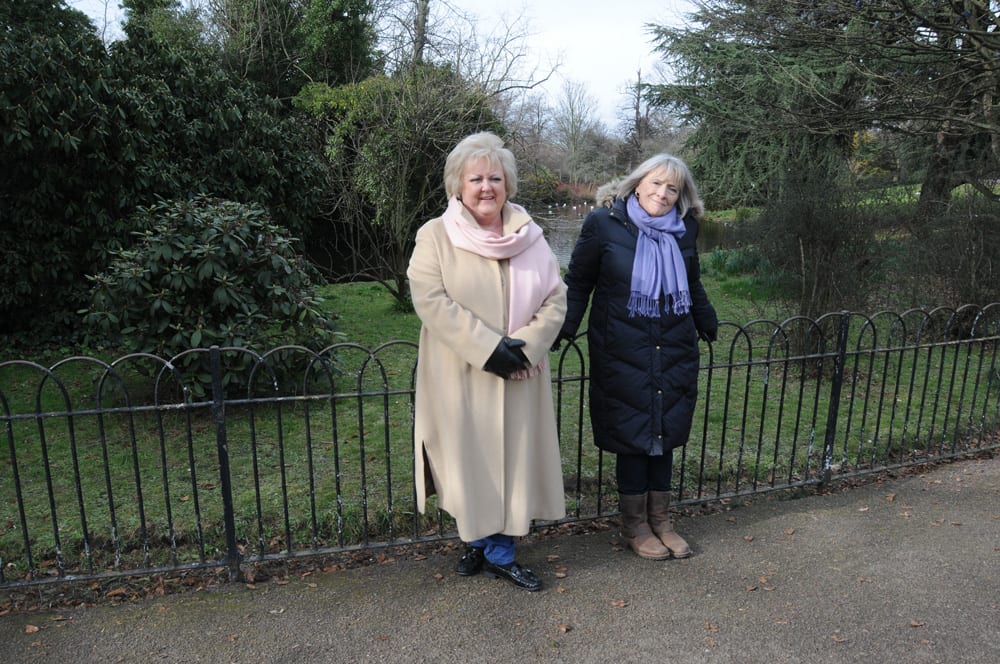 Janis Cammell and Annabelle May

‘The major issue for all parks is a lack of funding,’ says Annabelle May, Chair of the Friends of Ravenscourt Park. ‘The more the government cuts grants to local authorities, the greater the temptation to sell off chunks of public land to private developers. In an area like ours, that pressure is even more intense.’

The Friends group, which is run entirely by volunteers, has been at the forefront of efforts to protect Ravenscourt Park for future generations. ‘As a lobbying organisation, we will always fight to preserve the Park as a green lung for Hammersmith,’ adds Annabelle.

Founded a decade ago, the Friends have also played an active role in maintaining and enhancing the Park’s facilities. Among their successes have been installing dog-deterring fencing around the playground, designing the ball courts and, currently underway, upgrading the Goldhawk Road entrance. ‘That has always been dark and narrow,’ says Janis Cammell, Secretary of the Friends. ‘It’s taken quite a few years, but we’ve got the money together and now the trees are being cut back and new railings put in. And we’ve even made progress on the constant problem of the public toilets; we have been promised that work will begin soon to improve them.’

Over the last few years Annabelle has devoted much time to researching the Park’s hidden past. ‘We have staged several successful history days,’ she recalls. ‘We set up stalls and put on an exhibition of archive photographs. People were amazed; they had no idea that there had once been a grand house in the Park. The remains can still be seen as a gentle mound in the picnic area by the lake.’

Today, Ravenscourt Park’s 33 acres are all that remains of the medieval estate of Pallenswick or Palingswick (as in Paddenswick Road). Part of the manor of Fulham, Palingswick was the site of a 14th century moated manor house. Over seven centuries, that property was owned by many notable figures, including Lord Mayors, MPs, a House of Commons Speaker and a Lord Chancellor.

The estate was granted to royal mistress Alice Perrers in 1373 by Edward III. A survey later described it as having, ‘forty acres of land, sixty of pasture and one and a half of meadow.’ It was Thomas Corbett, Secretary to the Admiralty and the owner in 1746, who changed the name to Ravenscourt to reflect his coat-of-arms, which depicted a raven (corbeau).

The Scott family was the last to own the estate and to occupy the house. George Scott, who developed St Peter’s Square, acquired the property in 1812. After the death of his widow, the site was purchased by the Metropolitan Board of Works in 1887 and designated as a public park. In March 1890 the manor house opened as Hammersmith’s first public library; it was hit by an incendiary bomb in January 1941 and subsequently demolished.

This year the Friends will be launching a Tree Trail in the Park and they are also seeking a new partner to run the popular Bat Walks. ‘We don’t receive any public funding, so we really depend on our annual subscription (£5 per household) to keep going,’ explains Janis. ‘Of course, we’d love more local residents to join us and get involved. If anyone is interested, have a look at our excellent website. It reveals more about the Park’s rich history and our projects past and present.’ 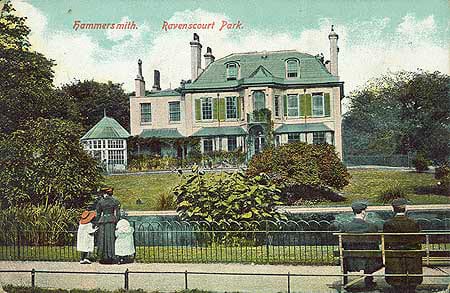 Rear view of the Georgian house 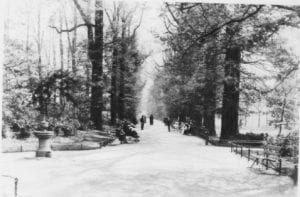 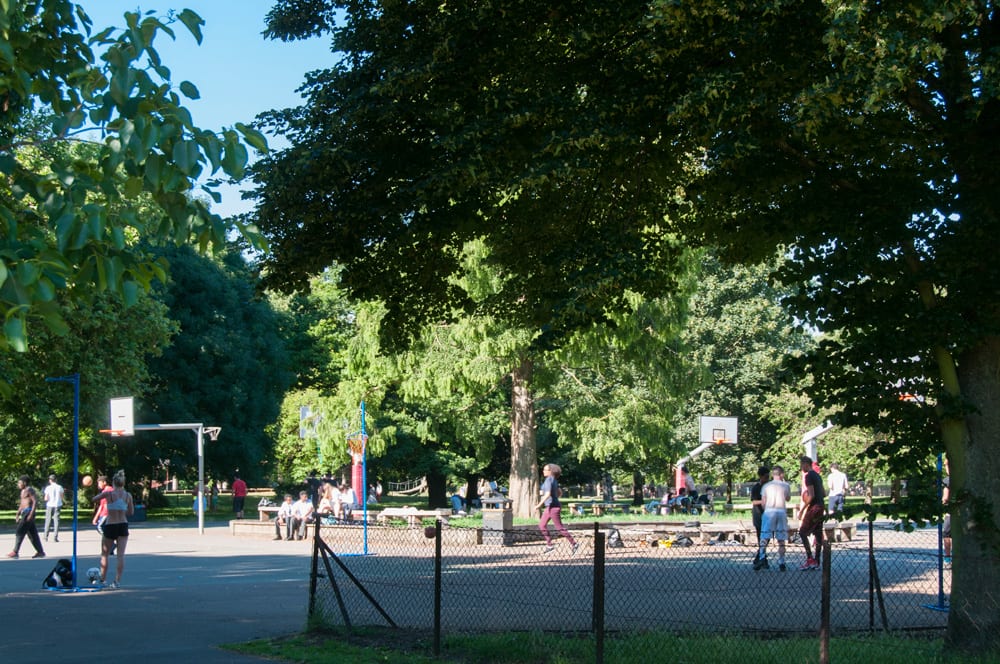 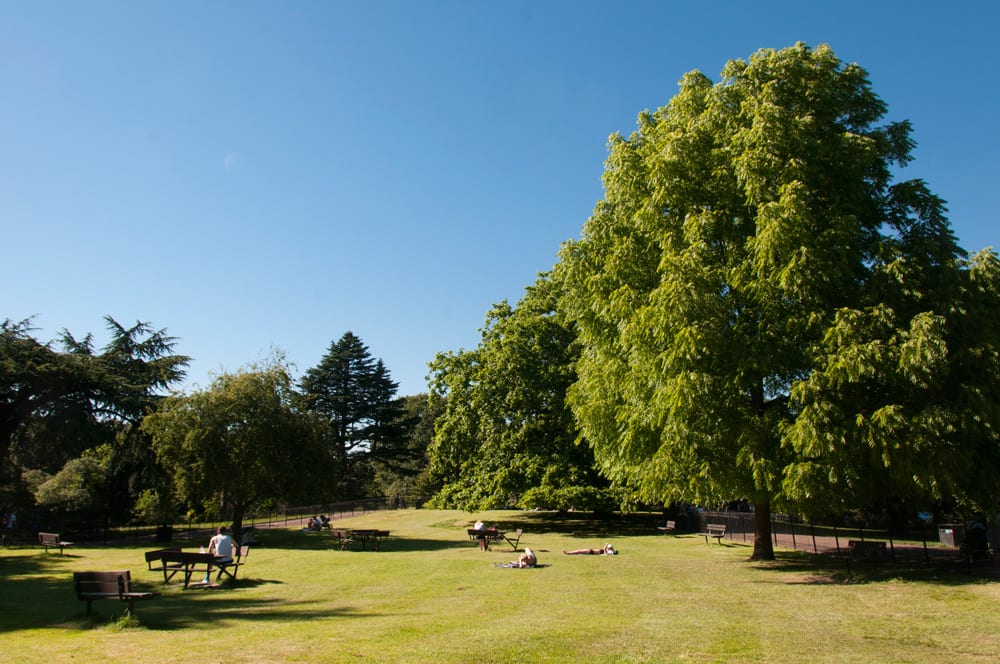 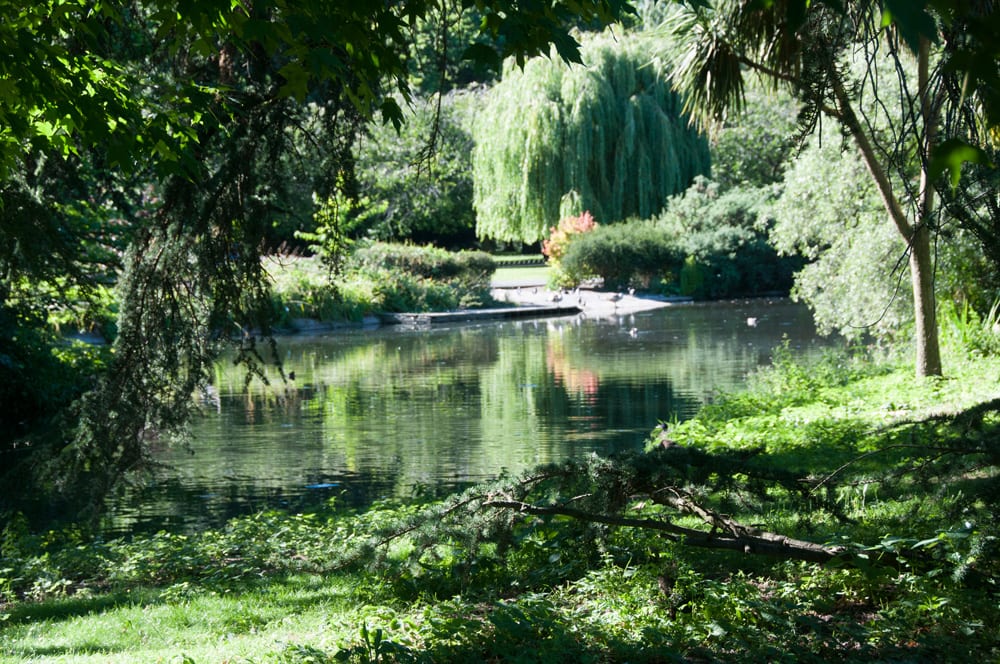