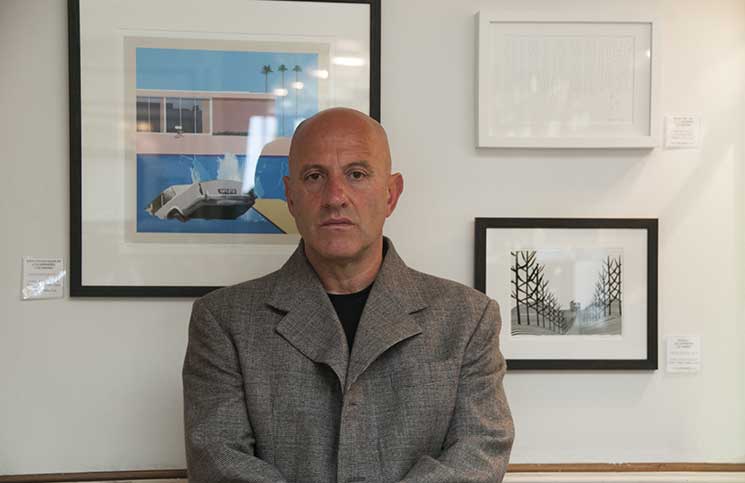 To some, he’s the DJ/producer godfather of Nu Skool Breaks, a style of drum ‘n’ bass dance music that gripped the club scene in the 1990’s. To others, he is the Hammersmith father of two who rides a punchy motorbike, owns two cats and says he has a pet alligator called Roderick.

But, in recent years Rennie Pilgrem has focused his artistic prowess on producing striking works of art that have been selected to appear in the prestigious Royal Academy Summer Exhibition, as well as numerous art fairs and shows around the country.

Now, a selection of his work will be going on display and for sale at the Stonemasons Arms pub on Glenthorne Road. The pub will be adorned with his unique style of art that blurs the boundaries between digital and traditional techniques. His work has been seen at numerous pop-up art shows, cafes and at the Artists At Home yearly event in West London.

Originally from Kent but living in the borough for the last 30 years, Rennie has received much praise as a ‘post-digital freestyle’ artist whose work encompasses everything from film, photography, painting, illustration and sound.

‘A lot of artists seem to be waiting for someone to ride into their studio on a white horse, discover them and then make them famous’

But just why did he give up his successful DJing career after playing music for two decades around the world (including Australia, Spain and London – he often appeared at the now defunct Fabric)?

‘I gave it up because at the time, people started getting their music for free rather than buying it,’ he says from his studio in his back garden near Askew Road. ‘And, as you get older playing in a club until 5am can be pretty exhausting. So, I turned to my focus on my love of art.’

He is passionate about making real art affordable to people from all walks of life. 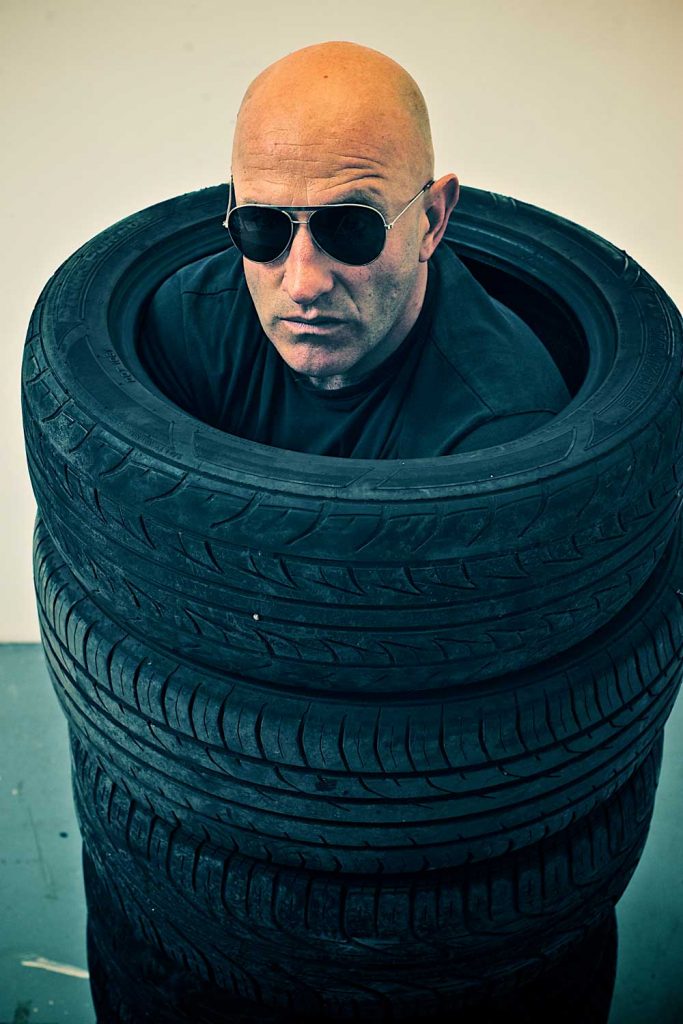 ‘I think if you want to make your living making art, you need to choose interesting avenues to gain exposure. A lot of artists seem to be waiting for someone to ride into their studio on a white horse, discover them and then make them famous.

‘Meanwhile many other artists sell work to wealthy friends, jack-up their prices and before you know it, they stop selling because they’ve priced themselves out of the market. I am interested in selling a range of work that is affordable for everyone. And I’ve found that a lot of people who buy from me, come back and buy again and again.’

His promotional work for his shows is based on how he promoted underground dance parties – posting eye-catching posters, banners and invites around the area to generate a buzz.

And it has proven very effective – since 2013 Rennie’s sales have more than doubled each year. He is being invited to show at more and more art fairs and has recently been working with interior designers and on large commissions.

Just like the music he mixed back in the 1990’s, his work mixes the old with the new by coming-up with a fresh approach to art.

‘Whatever the discipline, art can now be exposed to the world without having to rely on traditional methods. A new piece can be uploaded onto the artist’s own website or Instagram page or online galleries in a matter of minutes. The artist sets the prices, availability and edition size. There hasn’t been a better time in history for an artist to take control of their destiny.’

His latest exhibition runs at The Stonemasons Arms until the end of 2016 with prices from around £50 to £500. 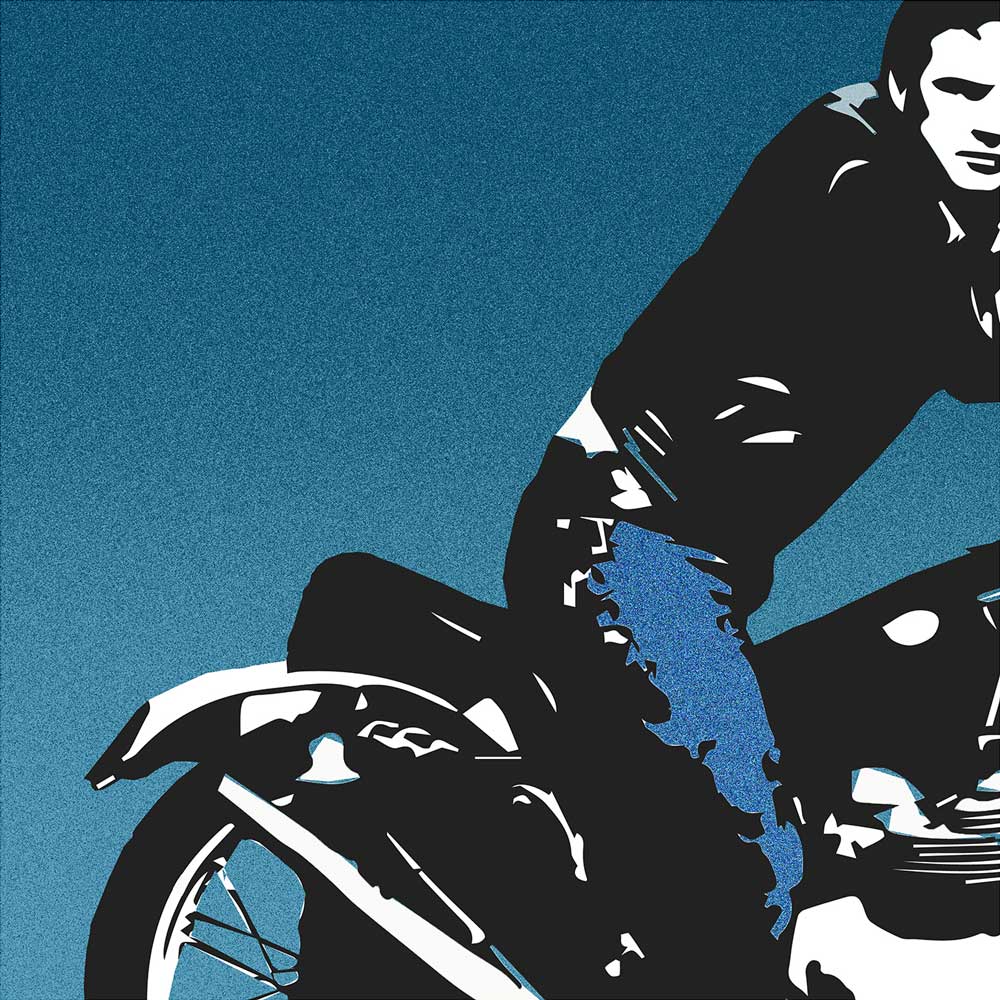 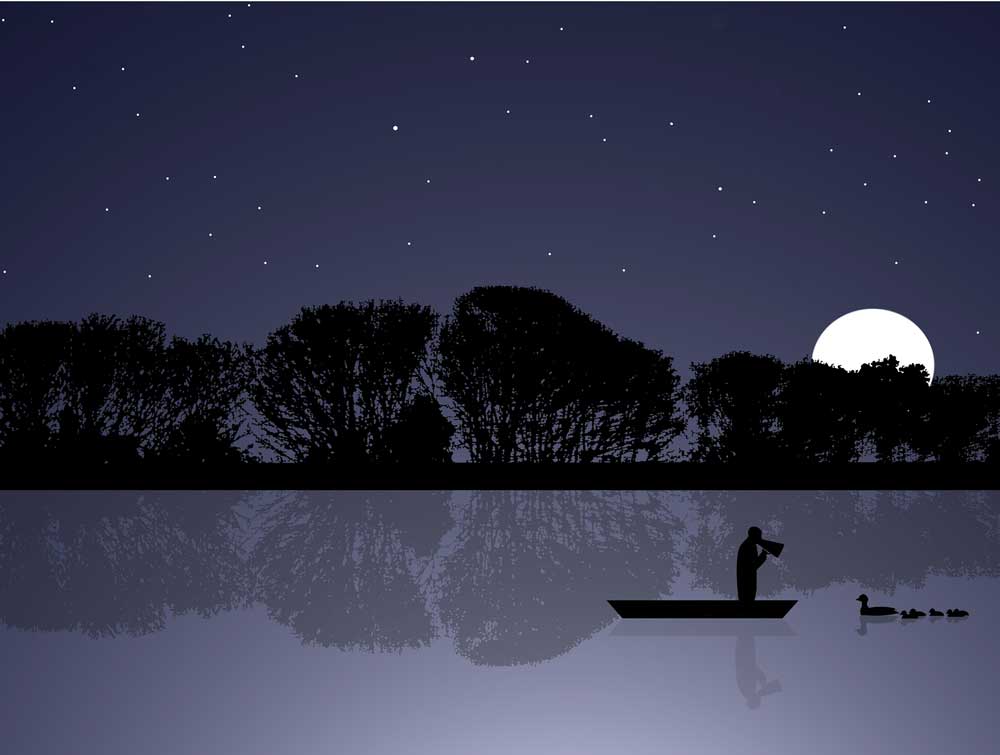 Share news about locals featured in this issue by sending this link to friends:
https://keepthingslocal.com/wp-content/uploads/Hammersmith-Locals-Autumn-2016-1.pdf

Contact us now to be featured in the Winter Christmas issue!