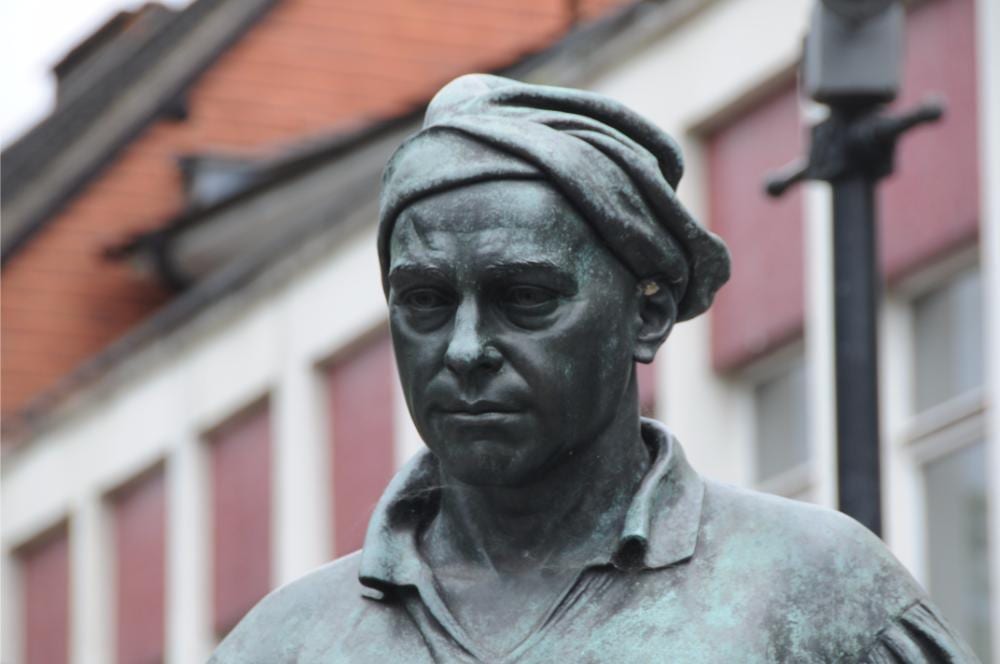 Chiswick is rightly proud of its association with the famous artist and engraver William Hogarth who lived in the area for 15 years.

A statue of the artist in his painter’s smock, palette in hand and with his loyal pug dog Trump at his feet, stands on the High Road outside Barclay’s Bank and just a short stroll
from Foster Books.

Hogarth (1697-1764) rose from humble beginnings to become one of the greatest artists of his day and was appointed Sergeant Painter to the King. He hated injustice and used his art to draw attention to issues he cared about – poverty, drunkenness, political corruption, cruelty to animals. His most famous works include Gin Lane and A Rake’s Progress, both satirical observations of the worst aspects of 18th century city life.

He had a home in central London, in what is now Leicester Square, but in 1749 bought a ‘country refuge’ in Chiswick so that he and his wife Jane could enjoy weekends and the
summer months away from the city noise. These days the busy A4 runs alongside the house and garden which are just yards from what was named the Hogarth Roundabout. However visitors to Hogarth’s House (free entry) can still see the interior laid out pretty much as the family had it and enjoy the beautiful garden.