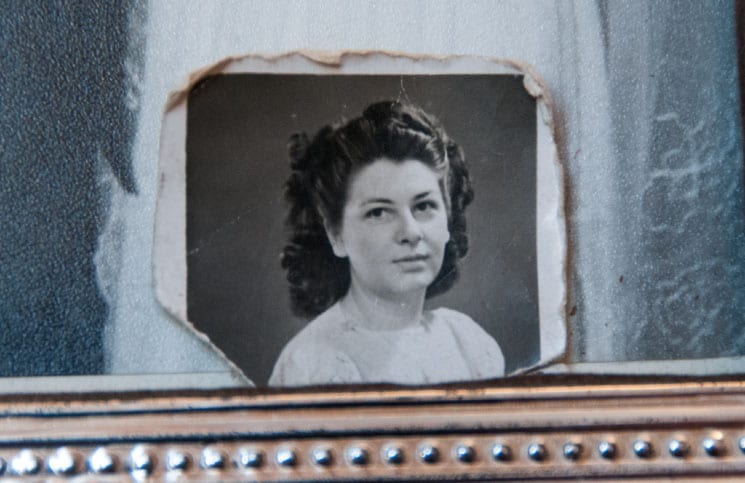 Elsie Paine has lived in Cardross Street for all of her 87 years. In this fascinating account of a life in Hammersmith, she reveals how times have changed but somethings remain the same

Sitting in her living room, Elsie Paine points at the spot where she was born 87 years ago. Her accent bears a soft London lilt as she lists her many relatives who have lived in her picturesque cottage in Cardross Street; her family home for over a century.

The rented house was passed on from her grandparents to her parents and then to Elsie and her late husband, who she always refers to as: ‘my Jack’.

Elsie is the only surviving resident to have been born and bred on the street. Her vivid recollections of the history and all the changes in Brackenbury Village are both a fascinating and moving account of the place she calls ‘a haven in Hammersmith’. 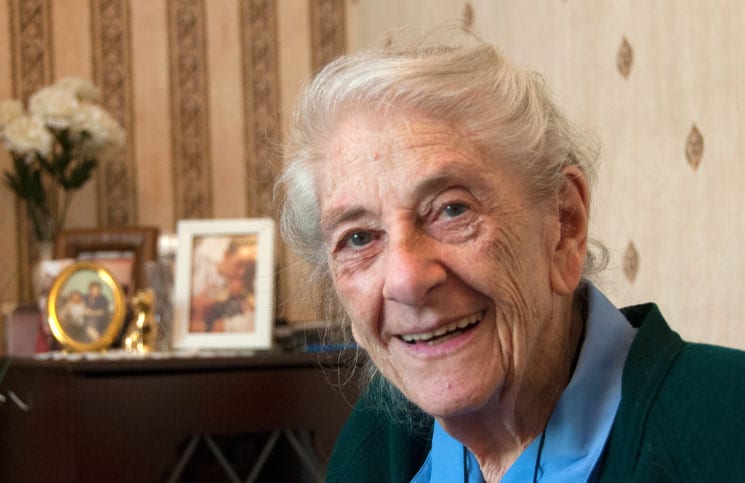 Elsie Paine (née Barrett) was born in May 1928, the younger of two daughters to Florence, a part time cleaner, and Edward, a carpenter. ‘I have known nowhere else, and I honestly believe that I could not have been brought up anywhere better than here,’ she says laughing. ‘It’s always been home to me.

‘My nan had five boys and two girls living here; I have no idea how they all slept in a lounge this size. They’d leave the front window open so they could get in and out.’ At that time the 19th century cottage had an outside toilet and three bedrooms.

‘We didn’t have a bathroom back then,’ she recalls, adding that all three bedrooms were upstairs – the third was converted into a bathroom only seven years ago. ‘We had an outside toilet and we had a tin bath, which, once a week would be put in front of the fire in the kitchen. My mum would then fill it with water boiled on the stove, and me and my sister, Lilly, would take it in turns to wash. We were never dirty.

‘It was totally different. There were no motor cars parked up, you would see the occasional horse and cart, so all the children always played out on the street.’

‘I remember Mondays were wash days. I would come home from Brackenbury School and all the gardens out the back were full of linen hanging on washing lines.’

In stark contrast to today, back then the Street was filled with children playing in the empty road. ‘It was totally different. There were no motor cars parked up, you would see the occasional horse and cart, so all the children always played out on the street. 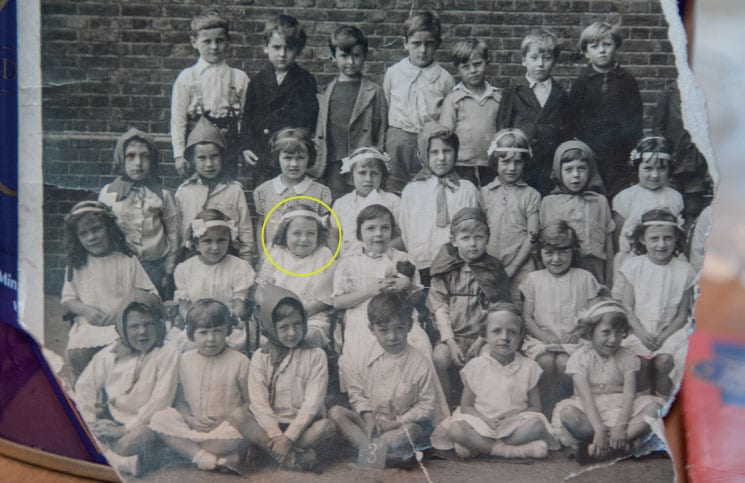 ‘At the top of the road there was a man who used to shoe horses. Us kids would sit for hours watching him. The smell was terrific. We would all go ‘Ohh!’ whenever he produced the red hot poker from the furnace. I also remember that one neighbour secretly kept a horse in the back garden.’

Regular parties held by residents were a major part of creating the street’s unique character, as Elsie fondly remembers. ‘There was a Scottish family over the road, and the two sons would come out every New Year’s Eve with their bagpipes. Everyone would go out into the street with a drink in their hand to listen to the lads welcome in the New Year. They really made it something.

‘In the summer, a bus took mums and kids on trips to Brighton.’

‘We also held parties at Christmas and whenever the Allied Forces in WWII won a victory against the Germans. There was also a children’s day street party. It all helped create a real sense of community.

‘In the summer, a bus would take the mums and kids on a day trip to Brighton. The men would also have their day out which always started in the pub while they waited for the bus. When it arrived they got on board and opened the windows to throw pennies out for the children. I was always out there picking up the coins!

‘There used to be a greengrocers on the road and at Christmas the owner would bring his joanna – the piano – out to the front and one of the locals would play and sing Bing Crosby tunes. It was such a great night as everyone joined in the singing and dancing.’

Of the many characters living on Cardross Street a roguish bookie called Jim was renowned for a merry dance he led the police. ‘Jim ran an illegal bookies and the local copper was always trying to catch him. Everyone would leave their front doors open so that when he was taking bets inside on the horses they could keep an eye out for the police. ‘If someone saw a copper they would shout out, “Watch it old Jim, he’s about.” Jim would shout back, “I’m on it, I’m not silly, mate.” He would then disappear through the back gardens. At one point the policeman even hid in the laundry van to try to catch him. But, he never did.’

The residents forged a sense of community through celebration as much as they did loss. ‘When an elderly resident died on the street, two old ladies would go out with a basin and a book. They would knock on your door and ask for some money to help pay for the funeral and flowers. You’d put your name in the book and throw some money in the basin. Everyone wanted to help each other out.’

In her 20’s, Elsie worked as an assistant at a clothes shop in Kensington and there met Jack Paine who was on leave from the Army. They were married at Holy Innocents Church near Ravenscourt Park. At one point the newlyweds, her sister and her husband, and her parents all lived in their house. 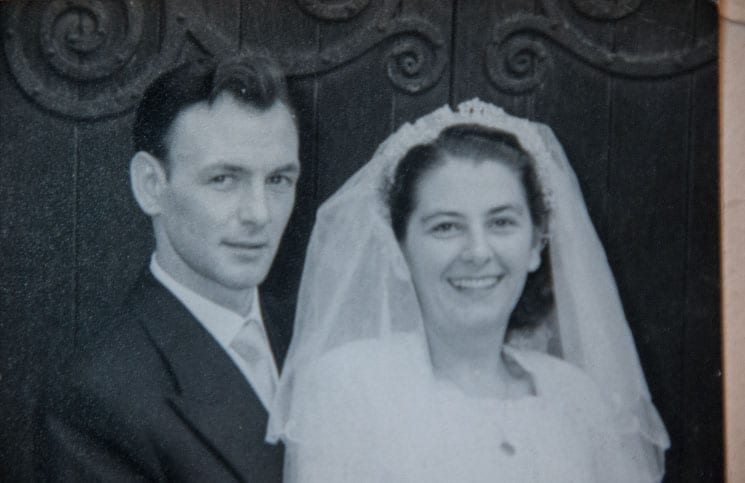 ‘We were one big happy family although it was a tight squeeze. My only regret is that Jack and I didn’t have any children. But, I had a good marriage, a good mum and dad; that’s what counts.’

‘People today live a very different life to the one I know. They even have their shopping delivered to their door these days! Can you believe it?

Both her parents died at the home; her father passed away when Elsie was in her 20’s, leaving her mother to survive on a widow’s pension. Her mother died more than 30 years ago. Her sister, who moved to a house over the road, passed away in 2013. Elsie’s husband died 23 years ago. For someone who has lived through a world war and seen dramatic technological changes of the 20th and 21st centuries (her family listened through their wall to a neighbour who owned the street’s first radio), it is often the little things that signify the biggest changes.

‘People today live a very different life to the one I know. They even have their shopping delivered to their door these days! Can you believe it? ‘When I was a kid no one bought their home, everyone rented. I think I’m one of the few people left here who still rents. But my nan would have a fit if she knew how much I am paying now!’

Looking back on a rich and varied life in the very room where it all began, Elsie shakes her head in disbelief as she considers how homes on her street now fetch more than £1 million.

‘It doesn’t make any sense. Everyone has gone crazy. Where do people get that kind of money from?,’ she asks. ‘I used to know everybody on this street back then. Nowadays I couldn’t tell you who is living where. It’s changed so much.’ SB

*In the next issue Elsie recalls the horrors of the Blitz and its dramatic impact on the people of Hammersmith.

Click to read the second instalment of Elsie’s life 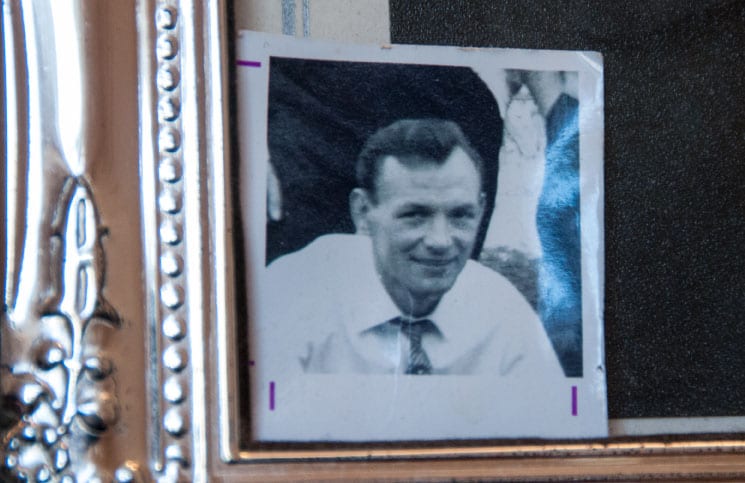 Thanks to Jane and Michael Anderson for arranging this interview, and Hammersmith and Fulham Local Studies and Archives.