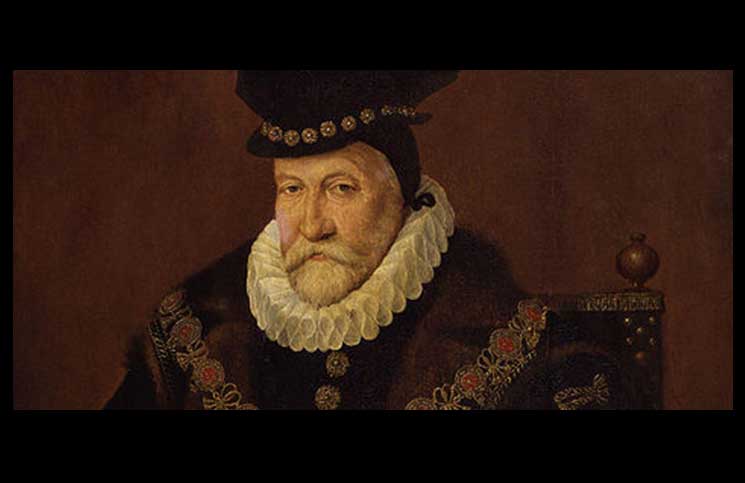 So, who is – or was – our namesake? A Wiki moment later, we can report without fear of litigation that our Brackenbury is the once beknighted Sir Robert Brackenbury, a nobleman and courtier who hailed from near Darlington in the North East and happened to live near Richard, the future King Richard III, yes, the one with the hunchback, the one whom Shakespeare said would have offered his kingdom for a horse while cantering around a field in Bosworth in 1485. But, we’re getting ahead of ourselves.

Our story starts properly in 1483, when the portly but possibly poisoned King Edward IV died, leaving his 12-year-old heir, Edward Jr, to the care of the boy’s uncle, yes, the hunchbacked Richard. Uncle Dick promptly ensconced young Ed and his younger brother, the heir and the spare, in the Tower of London, while he prepared for Junior’s coronation.

This is where our Bob comes into the deathly tale because Sir Robert Brackenbury, being one of Richard’s best friends, had been promoted by his northern chum to Master of The Mint, making Bob banker-rich. More importantly, he was made the Constable of the Tower of London, home to the poor princes, known hereafter as the “Princes In The Tower”. We’re spelling it out in case you weren’t listening in class first time around. We weren’t.

Although some say Richard got his chum, Bob, to off the boys, could our namesake really have been a murderer? And a child killer? For a possible answer, we turned to Sir Thomas More, the revered lawyer, adviser to Henry VIII and writer of ‘Utopia’, who later recorded in his ‘History of King Richard III’ that when sent written orders by R3 to top the royal lads, Bob refused. According to More, “gentle Brackenbury” wrote back that he “would never put them to death.” Gentle, hey? We like the idea of our Robert being a gentleman.

Unfortunately, More’s version turns out to be no comfort because he concluded that although unlikely to have been the actual assassin, our Sir Robert did agree to hand over the keys to the killer while he turned a blind eye.

Before we conclude that our namesake is an accessory to murder, still vile but hardly memorable, hardly even a footnote in history, we must accept that we still might have got it all wrong. Bobby may have had nothing to do with the princes’ deaths at all.

They may have died from plague, a common killer in London back then. Or Henry VII, the first Tudor, the man who killed R3 in that field, he wouldn’t have wanted some pesky kids making any noise when he took over the shiny hat.

Perhaps we’ll never know, but if Richard was yet another royal murderer, his deserts were justly served. His tenure was only 2 years and his reign ended ignominiously in a muddy field near Tamworth. To add to his shame, despite a multi-million pound visitor centre, no one’s quite sure where Bosworth Field actually is. One day the truth may surface. Richard’s skeleton, with its curved spine and 10 battle wounds, recently made the news when discovered in a Leicester council car park. Perhaps Bob’s bones are parked nearby.

Before we start arguing about council parking, let’s not forget that our Bob met his end during that same battle. Yes, he may have been a hunchback’s lackey and a banker to boot, but he was a loyal hunchback’s lackey. So, because there’s a chance that our patron is not a child murderer, let’s hold our Brackenbury heads high and raise our goblets to Sir Bob Brackenbury.

Maybe he’s even our local ghost.