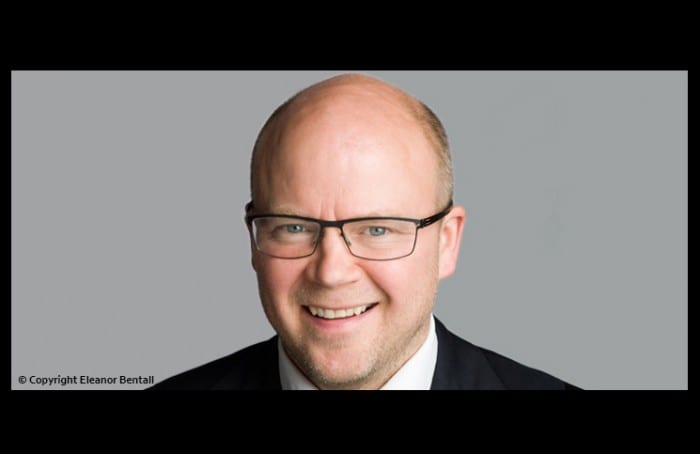 Toby Young (above) talks to Jo Reynolds about growing up.

Why did you set up the West London Free School (WLFS) here?
Initially we looked in Ealing but the council was pretty unhelpful. Hammersmith and Fulham were a lot more friendly.

As well as this secondary school, you’ve just opened a primary school with a second due inEarls Court next year. What next?
In the medium term, we want 4 primary schools and 2 secondaries, all in Hammersmith and Fulham or Kensington and Chelsea.

Would your father, a Labour life peer, approve of you championing the Conservative Party’s free schools project?
I think he would have approved of groups of parents setting up schools. There is something leftwing about free schools. The Labour Party is ambivalent towards them because it’s hard to oppose a group of public-spirited citizens giving up their time to set up a community asset. It’s too philanthropic. He would have been nervous about free schools creamskimming
the most able and motivated pupils from local schools but I think those fears are misplaced. All the evidence suggests free schools have a beneficial impact on neighbouring schools.

He was a sociologist who set up the Open University and ‘Which?’ magazine. Did his sense of civic duty inspire you to set up the West London Free School (WLFS) in Hammersmith?
It probably does. My mother was pretty civic-minded too. She was a Leftie.

You left school at 16 with one O-level but managed to win a place at Oxford University. Is it true you got in by mistake?
It is true. After I re-sat my exams, they gave me a conditional offer of 3 Bs in my A-levels but I got 2 Bs and a C. Then I got a letter saying, dear candidate, and I assumed they’d overlooked it. Then I got another letter saying, very sorry, and after a lot of phone calls they felt morally obliged to let me in.

Nonetheless, you got a First in PPE and went to Harvard as a Fulbright scholar. Have you finally proved to yourself that you’re clever?
I’d like to write a big book. I still don’t feel I’ve fully expressed myself intellectually. WLFS’s academic standards are notoriously high with Latin compulsory.

Did you benefit from Latin?
No. In many ways, it [the WLFS] offers the type of education I didn’t have. I didn’t receive a classic liberal education and feel handicapped as a result.

What did you want to be when you were a child?
I wanted to be an actor, an ambition I fulfilled when playing myself in 2003. I did 12 weeks in the West End in a one-man play based on my book, ‘How To Lose Friends And Alienate People’.

Did you get stage fright?
It was a bit scary. When my wife came to see it I caught her eye and completely forgot my lines.

You have many children. Is that why you set up your own school?
Partly. We have 4 kids. My wife and I both come from families with lots of half-brothers and sisters. We both wanted our kids to have full siblings. We wanted a crowded house.

Your children will go to the WLFS. Do you plan to be involved when they’ve left?
My youngest is only 5 and when he leaves I’ll be 63. I don’t know, but I’d like to remain involved for the rest of my life.

What three books do you encourage your children to read?
‘Our Island Story’ – every child at the WLFS gets a free copy, but I can see it might be a little hard going for my 5-year-old. I was quite pleased that my 10-yearold daughter read ‘Emil And The Detective’ because I enjoyed that as a boy. And ‘David Copperfield’. That’s my favourite novel.

Your mother went to Cambridge and had a varied career – actress, artist, columnist for ‘The Listener’, radio producer (she introduced listeners to Ted Hughes and Philip Larkin) – did she encourage you to try everything?
No. She was very nervous about me being a journalist. She didn’t think I’d be able to earn a living. She wanted me to train as an electrician.

You’ve set up more than just schools. You set up the ‘Modern Review’ magazine with Julie Burchill, which you closed amidst public acrimony. Are you friends again?
We are friendly. We had lunch recently. We’re Facebook friends.

First a magazine, then a school – is this the mark of boundless creativity or a control freak?
I’m not particularly controlling. It would have been difficult to set up a school without collaboration. It took a lot of diplomacy, something I didn’t start out in life being any good at but I am slowly learning.

You’re known as a controversial journalist. Is that the only way to be noticed in journalism?
If you’re a columnist by trade, it’s hard to sustain a career if you don’t have strong opinions on a wide variety of subjects. But I believe what I write – I’m not a professional controversialist. Quite often, I find myself expressing deeply held views only to be described as being provocative. I’m often in a minority of one at dinner parties. I don’t mind.

Opponents of free schools often target you personally and your blog was recently “flamed” on Twitter. Have you thick skin?
Fairly thick skin. The only thing that really pisses me off is when people on the Left accuse me of setting up a free school because I’m too racist or too snobbish to send my kids to the local state school. In fact, all four of my children do go to the local primary school and 25% of the pupils at the WLFS get free meals and 30-40% are black, Asian or minority ethnic. It’s utter balls.

If you could take back anything you’ve ever published online, would you?
I do regret some of the things I’ve written, but I’ve always stopped myself taking them down because that would be a bit pathetic.

What piece of writing are you most proud of?
Probably the play I wrote with Lloyd Evans, ‘Who’s The Daddy?’. It won an award for Best New Comedy.

You’ve written for TV as well as the theatre. What was your most memorable review?
I’d like to say it was a good review but you only remember the bad ones. Nicholas de Jongh described one of my plays as the worst thing to grace the London stage since the Blitz.

After reading something like that, how do you react when you see them?
I know from meeting people I’ve given bad reviews to that the way to make them squirm is to be incredibly charming. That makes them feel really awful. When Nicholas wrote a play, I reviewed it and I was quite polite. He then wrote me a letter apologizing for the bad review he’d given mine.

You are extremely driven. What drives you?
I don’t really know.

Do you have time for friends?
Yes, but increasingly less. People I used to see twice a week I now see twice a year.

Congratulations on your recent birthday. Does being 50 make you feel more like the headmaster or would you prefer to be the big kid?
I sometimes have to remind myself to be more like the headmaster and not the naughty schoolboy. It’s not so easy if I have too much to drink. Now, if I misbehave the first thing I get is someone on twitter saying, ‘How can you behave like that – and run a school?’ My wife thinks I should stop drinking altogether and I’m inclined to agree with her.

Thank you, Toby Young. It was a pleasure to meet you.
You can find out more about Toby on www.nosacredcows.co.uk.