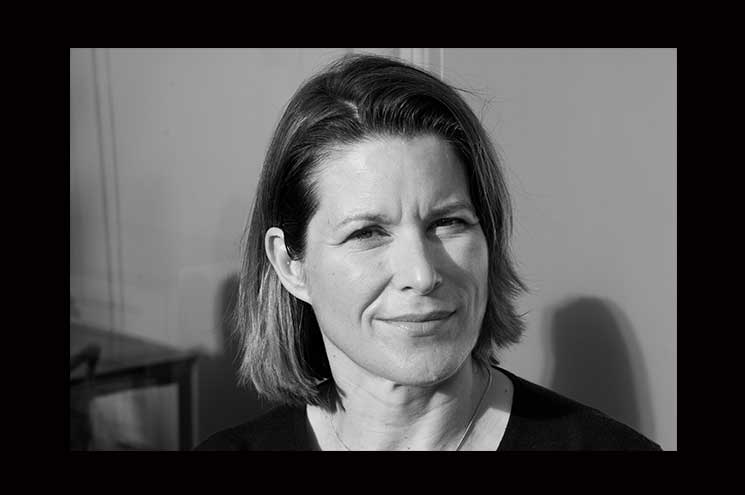 As the BBC’s economics editor, Stephanie Flanders became a household name as she relayed to the nation the harrowing financial news following the 2008 recession. Because reporting on such matters requires a certain gravitas, it came as a surprise to many that this serious journalist covering the minutae of an economic storm was also the daughter of one half of a celebrated and world famous comedy duo. Her father, actor and singer Michael Flanders, along with pianist Donald Swann wrote comical songs as Flanders and Swann that they performed around the world in the Fifties and Sixties.

Tragically, when Stephanie was just six her father died suddenly while on a family holiday in Wales. In a testimony to West London where he brought his family, his ashes were scattered in Chiswick House on Burlington Lane. Later, a day care centre in Acton – the Michael Flanders Centre –was named after him.

It is therefore little wonder that Stephanie and her husband have chosen the local area as the location of their family home with their two children.

‘I have always loved West London. I grew up near Turnham Green Tube station and went to St Paul’s Girl School in Brook Green. I’ve been in and around this neighbourhood most of my life,’ she says in between sips of coffee while sat in her garden.

‘I like the fact that my kids are growing up in a mixed and diverse neighbourhood. That’s the joy of London. But people worry how gentrification has pushed a lot of people out. I hope that doesn’t happen here.

‘When I was going to school Hammersmith Broadway was just a black hole. Now in the morning there’s an equal number of people coming in as going out. And there are lots of restaurants there. It really lifts the area.’

Stephanie, who obtained a first class degree in philosophy, politics and economics at Oxford, left the BBC in 2013 and became chief marketing strategist for JP Morgan Asset Management. Despite her scholarly prowess and high powered career, her father’s comic legacy is never far away.

‘Flanders and Swann recordings are still selling. You couldn’t live off the income but, it’s nice that they are still valued. It’s been wonderful to grow up with people sporadically coming up to you and saying, ‘Gosh your dad was amazing,’ and ‘Oh, I love that song.’

‘When I was at the BBC I was visible and people would contact me to tell me about their experience of him. I got some wonderful letters from people who had nursed him when he contracted polio during the war.

‘I’ve met people who say that their entire family are big fans of Flanders and Swann. It’s nice that new generations are having their music passed down to them.’

Listen to The Gnu Song: https://itun.es/i6hT27X

The death of her father was obviously a deeply painful experience for someone so young.

‘I have quite a strong memory of the last holiday we had when he died suddenly in the night. We were in Wales and there was a beach that we drove the car on to with me sitting on my father’s lap.

‘Because he was in a wheelchair after contracting polio he had a specially designed car where the acceleration was done by hand. I remember this was great fun for a six-year-old because there was no concern about trying to reach down to the pedals.

‘I mainly grew up knowing him through his records. It’s wonderful to have those. But, it’s obviously the carefully rehearsed show rather than what he was actually like. But, it’s better than nothing.’

He died from an aneurism. Soon afterwards her mother, Claudia, campaigned tirelessly to improve disability access issues, among other things.

‘I remember when I was 10 we did a tour around the UK to cinemas and theatres to promote access for disabled people. There are lots of photographs in local newspapers of me smiling in toilet doors showing how wide entrances should be so you could get wheelchairs in and out.

‘My mother taught me how to treat people and gave me a good general attitude towards the world. I didn’t really know my dad well enough to see whether I’ve picked up traits from him. But, I suspect it’s like everyone, you end up a mixture of them both.

‘Every so often I now catch myself in the mirror and think, ‘Gosh that’s my father.’ It’s nice, but it’s funny the way we all grow into becoming our parents.’