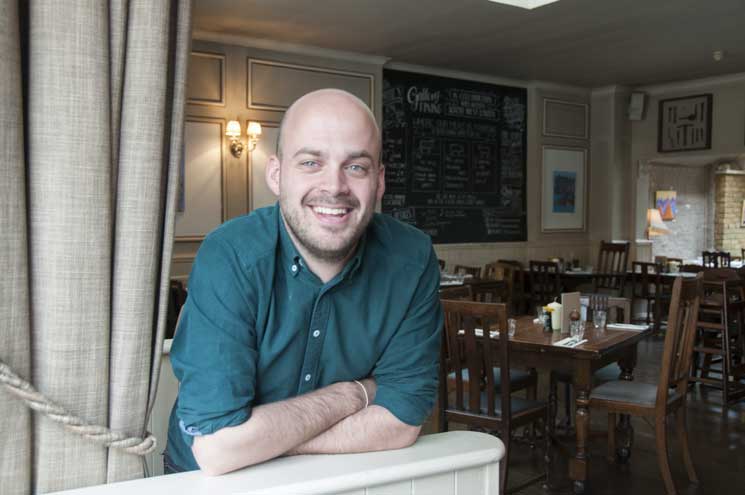 Anyone driving round Hogarth Roundabout in Chiswick recently cannot have failed to notice the intense stare of a giant-sized chef perched on the advertising hoarding. The man glaring down on the thousands of cars passing beneath is Gavin Sinden, the Fuller’s award winning Chef of the Year (awarded by Pierre Koffmann) who recently drew up a new menu for The Stonemasons Arms. 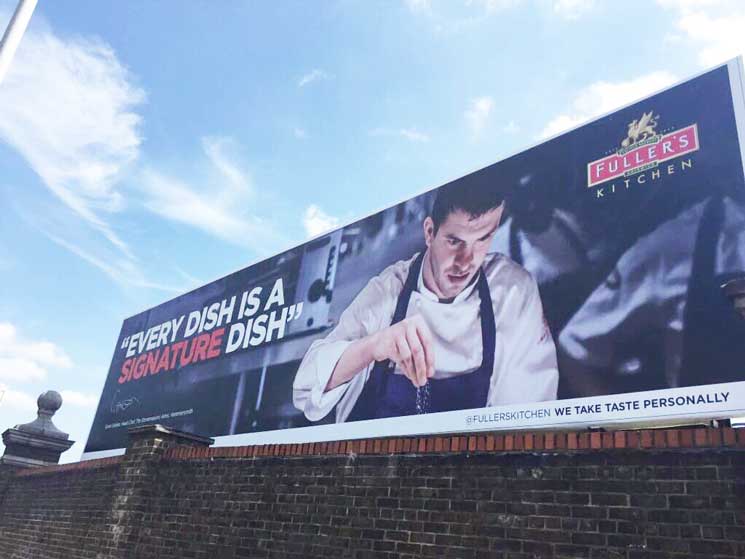 Both Jack Davis, the manager of the pub, and Gavin, have been enjoying the new found fame.

‘It is fantastic to see the hoarding and it’s a great achievement for Gavin,’ Jack, originally from North Devon, says, grinning. ‘We get people saying they have seen him up there which is superb. And, there are even more going up over the next month or so!’

The obvious question is whether Gavin is now a ‘celebrity chef?

‘I wouldn’t say that, he certainly doesn’t shout and swear like some of them do! And, being seen by so many people has not gone to his head. He is very grounded, and working hard to achieve his goals is still his aim in life.’

The giant chef aside, his new ‘Modern British’ menu is proving a tremendous hit with punters.

‘Its great to have people talking about us and see people making the effort to come to try the food here,’ he adds. ‘We just have to make sure we live up to the hype.’

Gavin’s winning dishes are on the evening menu and include these tasty temptations: 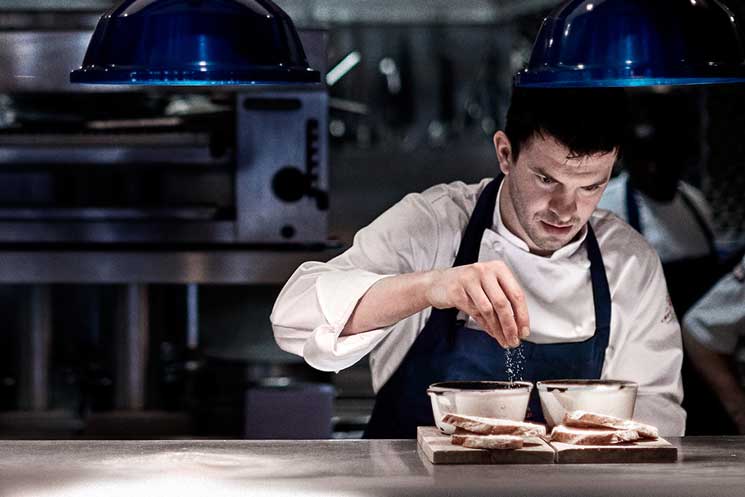