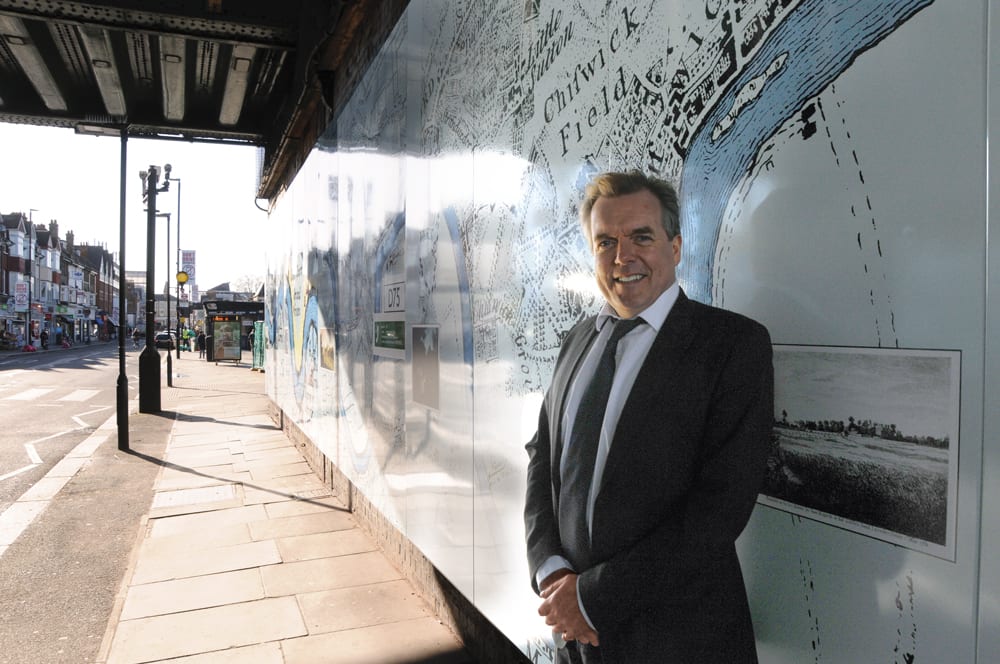 According to Rightmove, over the last three years Whitman & Co has been Chiswick’s best performing estate agent; in 2017 the company sold nearly three times as many properties in W4 as its closest competitor.

It’s an enviable track record, so who better to peer into his crystal ball and analyse the market than co-owner James Matthews, who himself has 30 years experience in Chiswick. ‘The signs are encouraging,’ he says. ‘We came out of the blocks firing in January and had agreed 17 sales by the end of the month.

‘There’s no doubt that buyers currently have a n excellent choice and, since medium to long-term cheap funding looks like it will be ending soon, we’re seeing people purchasing and locking in while that option is available at a competitive rate. As for prices, although I don’t see them rising yet, theyhave stabilised and are back on an even keel.’

When it comes to Chiswick, James and his team have clearly hit on a winning formula. ‘There’s no real secret,’ he explains. ‘We focus on the area we know well and we’re transparent; we flag up any issues and try to solve them without fuss. The fact that local residents tend to move within Chiswick stands us in good stead; if they’ve had a positive experience with you, they naturally come back.

‘I also strongly believe that if you have a successful business, you should be visible and invest in the community; that’s why we sponsor many local charities and Chiswick Cricket Club, and why we contributed to the Timeline appeal and support the Bedford Park Festival.’

When choosing an agent, James stresses the importance of checking stock levels. ‘I would alway advise looking at the company website,’ he says. ‘As a rule, the more properties listed, the larger the database of potential buyers; also, make sure the company is registered with Zoopla and Rightmove. It’s a snowball effect: if you have plenty of stock – which we do – then you attract more buyers, and if your team is open and knowledgeable, then you achieve excellent results.’