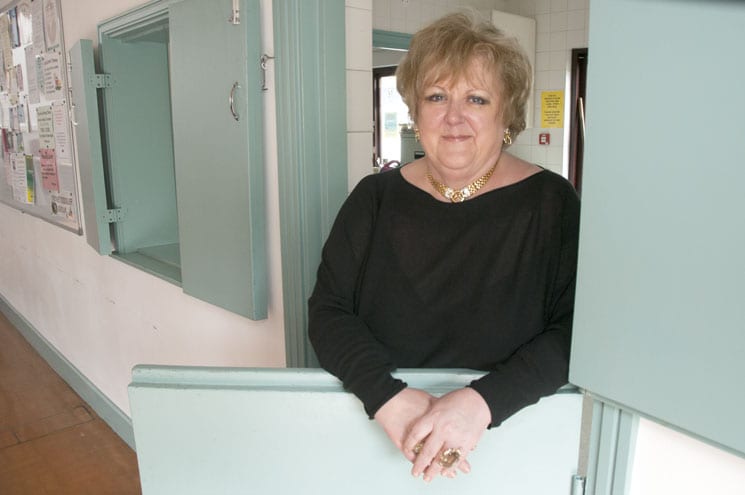 Janis Cammell has a special link to the Grove. It has provided her with help when she needed it most. Now, she helps ensure it can do the same for others.

“My father lived on Godolphin Road. He met my mother when she was over from Ireland and was eating chips on Goldhawk Road. My father’s chat-up line was ‘Give us a chip!’. He looked like Gregory Peck and she was like Maureen O’Hara. And that is why I’m here today!

“My mother died from a stroke, and my father, who suffered emphesyma, got worse. Towards the end of his life he couldn’t walk so I ended up nursing him. It became quite draining. When I would get home from work he often wanted me to sit with him. With emphysema you can feel like you’re drowning so you’re frightened of being alone because you can’t breath.

“The doctor was reluctant to give him oxygen because he said it would blow dad up because he still smoked, the little so-and-so. At that time, the Grove Neighbour Centre was home to a charity offering respite care to carers. They looked after dad Friday nights which meant I could have a break and go out with friends. It kept me sane. Years after dad died I went with a friend to the centre to learn ballroom dancing. My friend put me forward for the Grove committee. I worked for ‘Invest.Uk’ (now UK Trade and Investment) which is the Government body attracting overseas investment to the UK, so I hold skills and experience that could help.