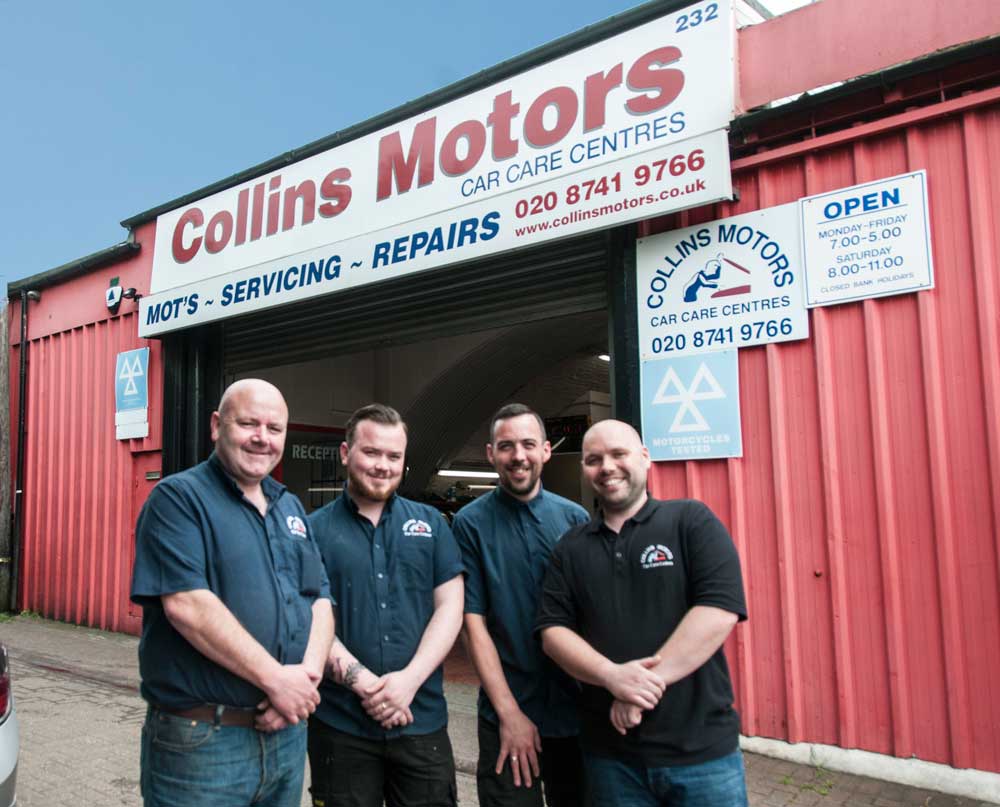 Operating from the same premises in Trussley Road since 1980, Collins Motors is a fixture on the local scene. ‘We’re really proud to have served the W6 community for that long,’ says John Collins, who started the garage with his father, Sean, and brother Brian.

Three generations work alongside each other. ‘My dad is 83, and he’s still involved,’ explains John. ‘Brian runs our branch in Park Royal. My son James and my nephew Richard work here and Brian’s son Jack is with him. Also, we have three members of staff (Lenny, Terry and Gary) who have been with us for 20 years-plus, so you could say we’re an experienced team.’

Collins Motors handles the mechanical servicing of all models from Rolls Royces to Minis. Clearly, with 95% of customers being regulars, John has a winning formula – and that is reflected in the company motto: Oldfashioned Courtesy and Modern Technology.

‘Of course, to do a proper professional job you must have the best equipment – and we’re always investing in the latest kit,’ he says. ‘But, equally importantly, I believe in good manners. So, if we find that extra work is needed on a vehicle, we call the owner straight away. We don’t go ahead and add a few hundred quid to the bill. We always let the client make the final decision.’

That ethos also applies to MOTs. ‘If there’s a problem we offer a free re-test period. If you get the repairs done – not necessarily by us – and return the car within seven days, we won’t charge for the re-test.’ Using plain English is another given. ‘When we replace a part we show the customer the old one and explain what it does. Everyone likes to know what they’re buying, don’t they?’

One consequence of having been in business for so long is that people have literally grown up with the garage. ‘It’s true. We have “youngsters” coming in who I remember in pushchairs,’ smiles John. ‘They’re following their parent’s example – it must mean we’re doing something right!’ 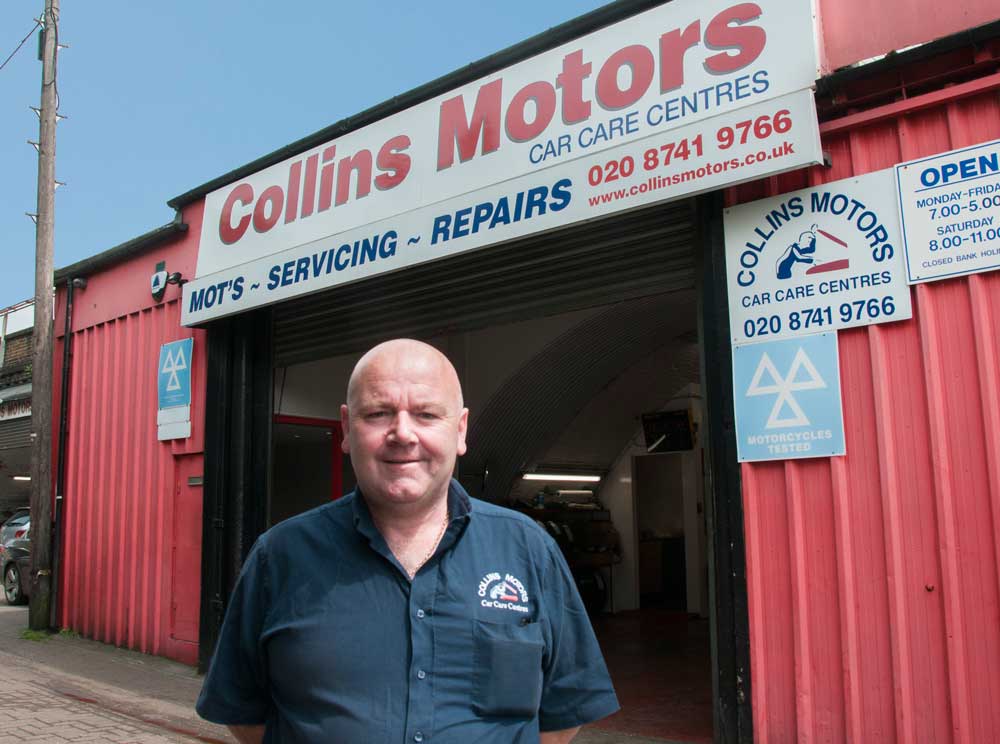