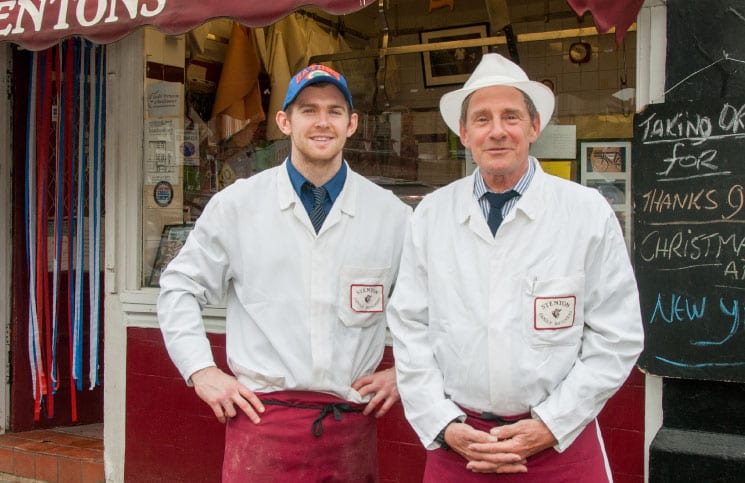 Listening to Brackenbury Village butcher John Stenton reel off the list of different meats he will sell this Christmas is in itself a mouth watering experience.

‘We sell about 8,000 items for about 800 Christmas dinners. It’s a logistical nightmare. But, after all the years we’ve been doing it we’ve got it down to a tee,’ he says.
After a deep breath, he launches into the list,
‘There are turkeys, geese, capons, chickens, legs of lamb, rolls of beef, ribs of beef, steaks – sirloin and fillets – loins of pork, streaky bacon, chipolatas, sausages and sausage meat.

‘The two busiest days are Christmas Eve and the day before. That’s when people all come in and we have to hire a few extra staff to meet the demand.
‘There are also the customers who are leaving to go to parents and want to take meat with them for the table. After that, there’s New Year when everyone wants beef – often ribs of beef.’

But, John, 65, has one piece of important advice – book early to avoid any possibility of disappointment.
‘Provided people put their orders in early enough everything works out well,’ he adds. However, some people have taken this to quite remarkable lengths.

‘The earliest order I’ve ever took was on January 4.

A lady walked in saying she wanted exactly the same food as she had had that Christmas. So, I opened up the Christmas order book slightly earlier than I expected and jotted down the details. It was probably the last thing I wanted to see at that time of year!
‘But, my job is to supply all our customers with the best possible Christmas they can get. However, the supermarket effect – where people walk in at midnight and pick something off the shelf – means some people think they can do the same with a family butcher
‘All our suppliers are small farmers providing the best possible meat. So, we have to give them fair warning. So, some people who haven’t given us an order we simply have to disappoint. However, I normally keep three spare turkeys or three spare geese, just in case.’
The shop uses six main suppliers from across England for turkeys, geese and ducks. Many of the free range birds come from Judy Goodman’s Walsgrove Farm in Great Witley, Worcestershire.

‘It’s the weight of the bird that counts. One guy recently asked me for a 5lb turkey. I pointed out that was basically a turkey egg.

‘He said he was only feeding two people and that was all he needed.
But, a 10lb turkey is the smallest we can offer.’
About 40 years ago, John, originally from South Shields in Tyne and Wear, couldn’t find work in the North East and got on a coach to London. He settled in Hammersmith and, after working as a butcher in Hammersmith Market (now Lyric Square), he and his wife, Lena, took the Aldensley
Road shop over in 1983. All of their four children have at some point worked behind the counter. While he thinks family butchers are experiencing a resurgence, he knows that identifying new food trends and the needs of new customers moving to the area is the key to running a successful butchers.

‘We are always keen to expand what we offer our customers. For instance, recently we’ve been selling a lot of pates and duck confit from France. Basically, there’s nothing we can’t do for the customer.’

John also takes great pride in the butchers he has trained in Brackenbury Village. And, due to the influx of French and Italians to the area, he and his staff have had to become experts in different styles of butchery.
‘It takes me about five years just to get someone trained up to work on the counter. Before they can serve they have to know every bit of meat and how to cut and prepare it properly.
‘About 60 per cent of our customers are French. So we have to know French butchery. Then there are the Italians who want meat cut in a slightly different way.’

His star pupil and now butch frontman at the shop is Perry Tully, 27, our resident body builder and fitness expert.
‘He’s the best pupil I’ve ever had and I’ve taught him everything I know. One day when I have fallen off my perch Perry may well take over the shop.’ 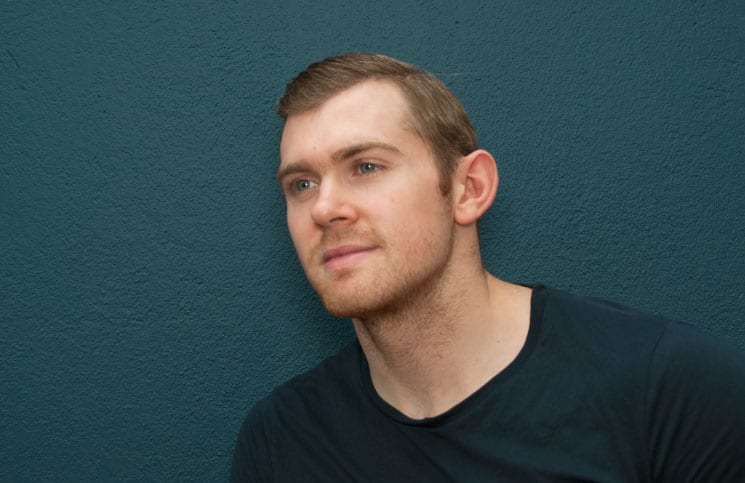 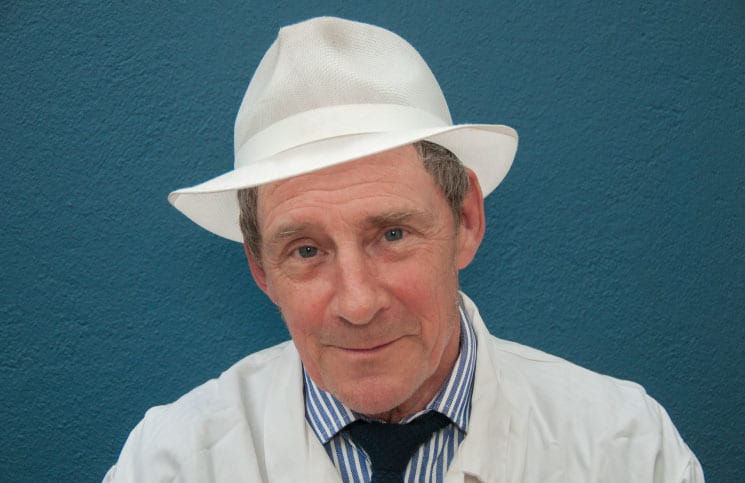