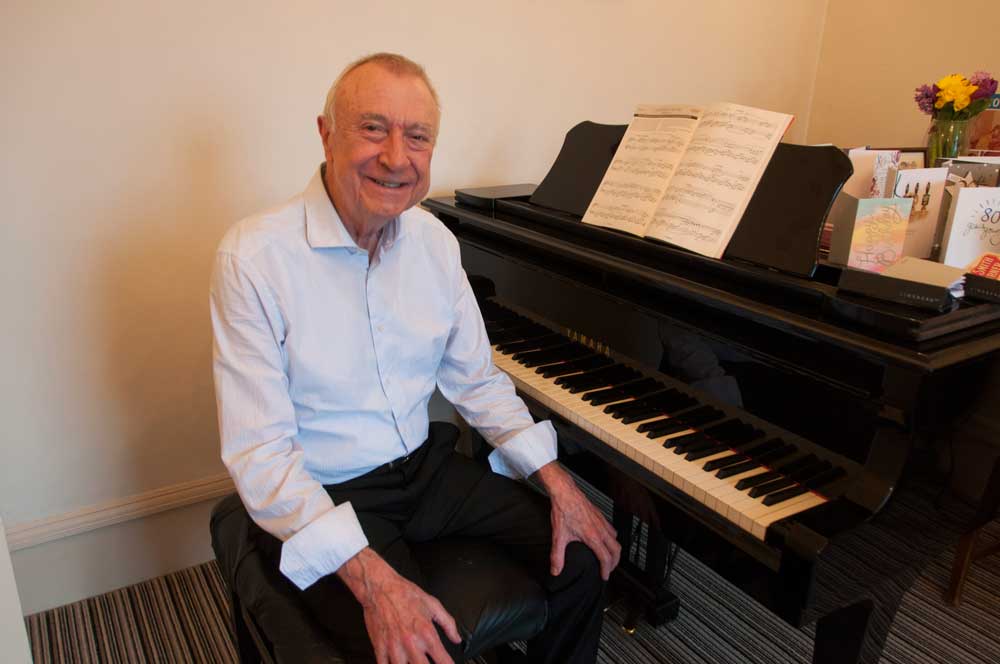 ‘I was sent to piano lessons when I was nine. I hated them – but that’s quite normal, isn’t it?’ Perhaps one reason why Chiswick piano teacher David Wallace is so popular with his pupils is that he fully appreciates the learning process from the ‘other side’.

‘I only lasted two years,’ adds David. ‘I wasn’t allowed to play the tunes I liked, there was a fall-out and that was for me with the piano.’ A few years later, when David went back to music, it was with a different instrument. ‘My brother bought me a trumpet and I joined a jazz band while doing National Service. On demob, I played semi-professionally. It was great fun, but I didn’t make any money!’

Music took a back seat as David focused on his career as a computer engineer. It was only when he was given a piano by an aunt that his interest was re-awakened; he subsequently used a redundancy cheque to buy a ‘very good’ piano from Harrods. ‘Of course, the only problem was, I had to learn to play again,’ he recalls. ‘After two years I thought, if the method I used worked for me, then it would work for others – and that’s how I began teaching children.’

That was over 20 years ago. David teaches all ages and every level from absolute beginners to those seeking to refresh long-lost skills. ‘As a result of my own experiences, I like to think that I can empathise with my pupils,’ he smiles. ‘I always try to demystify the learning process and explain technicalities in an interesting way. Also, it’s just for fun. That’s why I don’t do grades – I don’t like the “you must learn this tune to pass an exam” approach.’

David visits his pupils at home and each class lasts 40 minutes. ‘There is nothing more enjoyable than sitting at the piano and playing music you love,’ he says. ‘An Emeritus Professor of Music once told me that the secret is to teach people the tunes they want to learn – and that works! Playing the piano should be about pleasure.’